for the Elite Junior Players-

JAMES McGEE was eliminated in the second round of the Australian Open today, but Ireland’s involvement continues in the junior qualifiers next week and Tennis Ireland has launched a significant fundraising campaign to further develop its elite junior players.

The Elite Players Fund, launched on online crowdfunding platform PledgeSports.org, has been set up to raise €25k to provide for players travel expenses and to allow their coaches to attend international competitions with them.

This move comes off the back of a remarkable year for Ireland’s junior squad, which has led to Bjorn Thomson representing Ireland in the Australia Open qualifiers next week.

It has also given Tennis Ireland’s performance director Garry Cahill belief that Ireland will have players competing regularly in Grand Slams in the future.

The former Davis Cup Captain said: "We are very excited by this initiative with PledgeSports. There is a huge amount of talent in the BNP Paribas National Academy here in Dublin, but it’s very necessary for these players to compete regularly at an international level in order to gain experience and build ranking points.

"We strongly believe that some of these players will be playing regularly at Wimbledon and the other grand slams in the near future. However, they need help to get there."

PledgeSports founder and chief executive Richard Pearson added: "We have run many successful funding campaigns for players here in Ireland, UK and the US and, as a huge tennis fan, I am very aware of the financial struggles most players have to deal with.

"Now, through PledgeSports these athletes can reach out to their fanbase and even commercial sponsors for help. With the right resources these tennis players can go all the way.

"We are delighted to be helping Tennis Ireland with this initiative and I hope to be watching some of these elite juniors on television someday soon."

Sorenson lost, but McGee progressed to the second round match, beating Slovakia’s Norbert Gombes 1-6, 6-3, 6-2. He then lost 6-3, 6-4 to Australia’s Dane Propoggia. 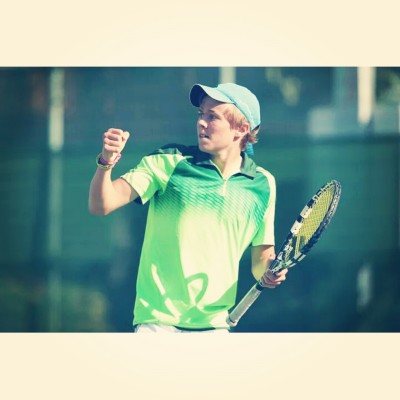 January:  Bjorn reaches quarter-final of the Grade 1 in the ITF, Copa Gatorade, Caracas.

March: Georgia reaches the quarter-finals in London’s Nike Junior International, and  reaches the semi-final, in the TIM Essonne, Sainte-Geneviève-des-Bois.

July/August: Shauna reaches the quarter-finals in the Tennis Europe Dublin, week one and two

November: Zara reaches the quarter-finals in the Aegon Junior International at Edgbaston.

October: Zara is a finalist in the Gran Canaria Yellow Bowl in Telde.

July: Zara reaches the semi-final round in the Tennis Europe Dublin, week one

May: Zara is a quarter-finalist in the Kopavogur Open in Reykjavik-Kopavogur

November:Caoimhe is a semi-finalist in the Aegon Junior International in Edgbaston.

August: Caoimhe is a finalist in Tennis Europe Dublin, week one.

Tennis Ireland , founded in 1908, is the national governing body for Tennis in Ireland. It has more than 200 affiliated clubs and stages Ireland’s most prestigious Tennis events, including the Shelbourne Men’s Irish Open Championship.

PledgeSports.org  provides a unique online funding and commercial sponsorship platform for sports people, teams, clubs or events who need to raise money. It gives people the chance to pursue their dreams, while also building their profile and fanbase.