Say Thank You to your local sports club volunteers

Say ‘Thank You’ to your local sports club volunteers 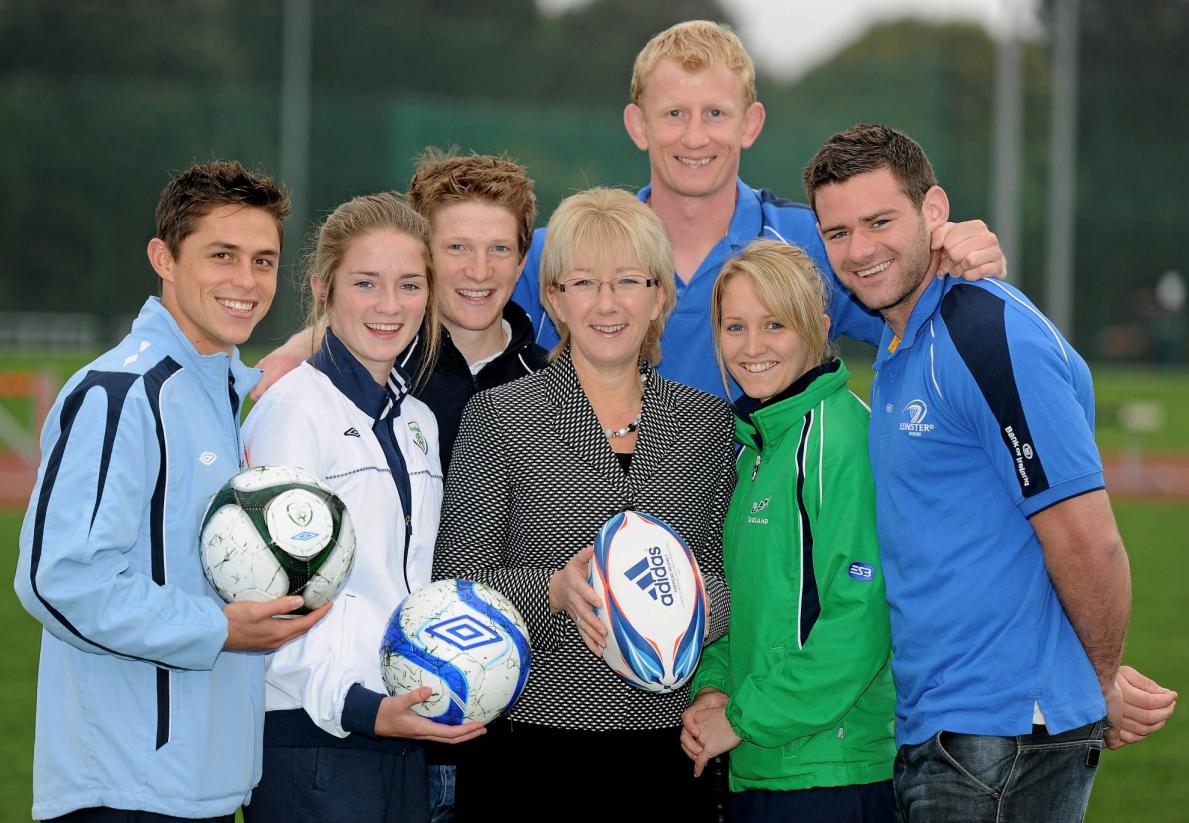 “Every Irish sporting success is founded on the collective dedication of the more than 400,000 Irish men and women that every year give of their time voluntarily to ensure that Irish children are introduced to the wonderful world of sport,” said Minster Hanafin at today’s announcement.

“These awards are given in recognition of the amazing work done by volunteers across every sporting code in our country.  There is an enormous amount of support given to clubs and their members by volunteers doing a variety of roles ranging from coaching and managing teams, helping with facilities or refreshments to running committees or raising the profile of their club locally or through the media.”

This is the third year of the National Awards to Volunteers in Irish Sport, which is an initiative by the Department of Tourism, Culture and Sport in conjunction with the Irish Sports Council and Federation of Irish Sports, which represents some 68 sports in Ireland. The first awards were presented in 2007 and last year almost 200 volunteers were nominated for the awards.

Members of the public are invited to nominate an individual whose contribution to their club has made a real difference and to give a short citation on the person nominated. From all the nominations received from the public ten winners will be selected to receive an award.  An Overall or Lifetime award to honour a volunteer, who has consistently given of their time for a sport, a team, or an event over many years, will also be awarded. Full details of the scheme and how to enter can be found on line at www.volunteersinsport.ie. The website includes a nomination form and guidelines for the 2010 awards. Nominations can be made by clubs, individuals or sporting bodies.

Sarah O’Connor, Executive Director of the Federation of Irish Sports noted the importance of sport in Ireland and complimented the government on their continuing commitment to investing in sport. She said that such commitment was not alone essential for sport in what it paid for but that it was a clear signal to the many volunteers that their commitment was also being recognised “Sport and sporting success require a combination of vision, finance, dedication and enthusiasm. It is not overstating the case to say that none of the sporting success that Ireland enjoys today would have been achieved if it were not for the volunteers in Irish sport, the unsung heroes and heroines. While today we have many professional coaches and administrators who do a wonderful job the fact is that Irish sport as we know it could not happen without our volunteers,” said O’Connor.

The deadline for nominations for the 2010 National Awards to Volunteers in Irish Sport is Tuesday, 30th November.