Irish sport has once again united in making a submission to Government highlighting the vital role played by Government funding in the development of Irish sport.  In a submission made on behalf of everyone involved in Irish sport, the national sporting organisations pointed out the damage that will be done to sport in Ireland if Government was to make drastic cuts in the current funding of sport in this country.

Their clear message was that major cuts made today will set Irish sport back for decades to come.

Last year a total of €49.6 million in taxpayer’s money was invested in the development of all Irish sport.

Joining today in making the submission are the GAA, FAI, IRFU, GUI, Olympic Council of Ireland, the Paralympics Council, Special Olympics Ireland and the Federation of Irish Sports (FIS) which represents the governing body of 68 sports in Ireland.  All of the sports represented by the FIS have given full backing to the submission. 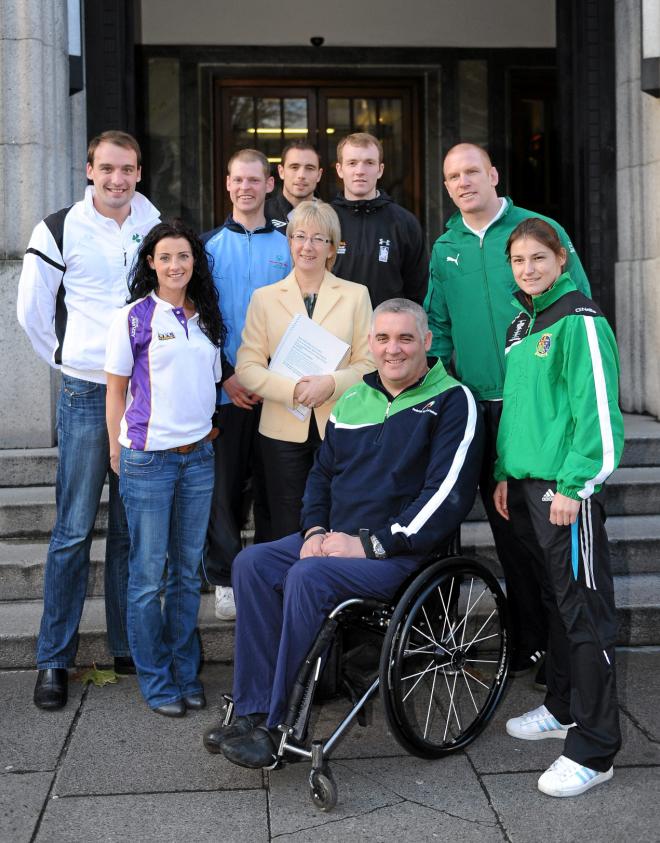 The submission document to Government fully acknowledges the difficult economic climate and the challenges for Government in where to invest taxpayer’s money in the next budget.  It does make the point, however, that the money invested in sport works at many different levels and has impacts for everyone whether that be in terms of health, the economy, tourism or the very fabric of the community in Ireland.

The submission lists all of the activities made possible by Government funding each year and it also points out that any reduction in such funding is likely to have major effects right across the sporting spectrum.

It also notes strongly that at a time when Ireland’s stock has never been lower internationally that our sports stars continue to be an immense source of pride to Irish people all over the world.  It notes that without exception those individual teams that the country is so proud of have all benefited from the funding that the Government has put into Irish sport down through the years.  It also notes that the impact of any cuts in funding will not necessarily be felt immediately but will impact on Ireland’s international successes in the decades to come.

In an open letter to Government in the submission the governing bodies make the point that this is about “the positive effects of sport at every level not just to elite participants important as they are to us all.  What other aspect of life in Ireland gets 270,000 people to volunteer their time on a weekly basis to ensure that 1.7 million people participate in sport in 12,000 clubs in every parish in Ireland.”

The submission also makes the point that contrary to a popular misconception that sport just happens that nothing could be further from the truth.  “Sport as we know it in Ireland today is the result of good planning, enlightened administration and financial investment particularly by the Government on behalf of all taxpayers.  That funding is the lifeblood of sport in Ireland and the catalyst for all that follows”.

“It would be difficult to over emphasise just how important the impact of €49.6 million given to sport through the Irish Sports Council.  It is the seed capital for activity and an industry worth in excess of €1.8 billion to Ireland each year. It must be remembered that only a small proportion of the Government funding goes to elite performers.  Over 80% of the money provided by the Government is invested in sport at grassroots level in creating the programmes that will produce top class athletes and just as importantly help improve the health and well being of our citizens”.

The submission further makes the point that funding for sport has never been more important.  “Right across the country clubs at all levels are finding that other sources of funds are drying up.  They are finding it increasingly difficult to attract sponsorship, while the subscriptions normally paid by club members are becoming increasingly challenging to collect.”

The submission document can be downloaded from the link below.