In the 1940’s the original Athenry Tennis Club was formed. It was a thriving successful club which produced many local Connaught champions. In the late 1990’s the club ceased to exist and was disbanded for over ten years.  The courts were left to ruin and the fencing stared coming down. Little to no tennis was played until in Sept 2009 a group of people got together and had a goal to reopen the tennis club once again to the Athenry community.

After eight months of hard work, fundraising and voluntary help for many people in the community this event took place on Saturday April 17th. The Athenry Tennis Club hosted a family morning of fun where everyone got to play tennis, have some fun and get information on joining the club. The club was officially opened by Joe Dennison, Chairperson of the local community council and the youngest member of the club Lauren Flanagan. Also in attendance were Peter Feeney, Mayor of East Galway,  Aoife Wilson, Chairperson Athenry Tennis Club and Barry O Donovan , Connacht Branch of Tennis Ireland.

The Athenry Tennis Club is a two court facility with lights.

Membership is available for Youth, Adult, Family and Seniors which range approx from €40 to €80 for the year. If you want to pick up a new sport, brush up on an old one, get fit or simply meet new people in your area contact athenrytennis@gmail.com . The future looks bright for Athenry Tennis Club. 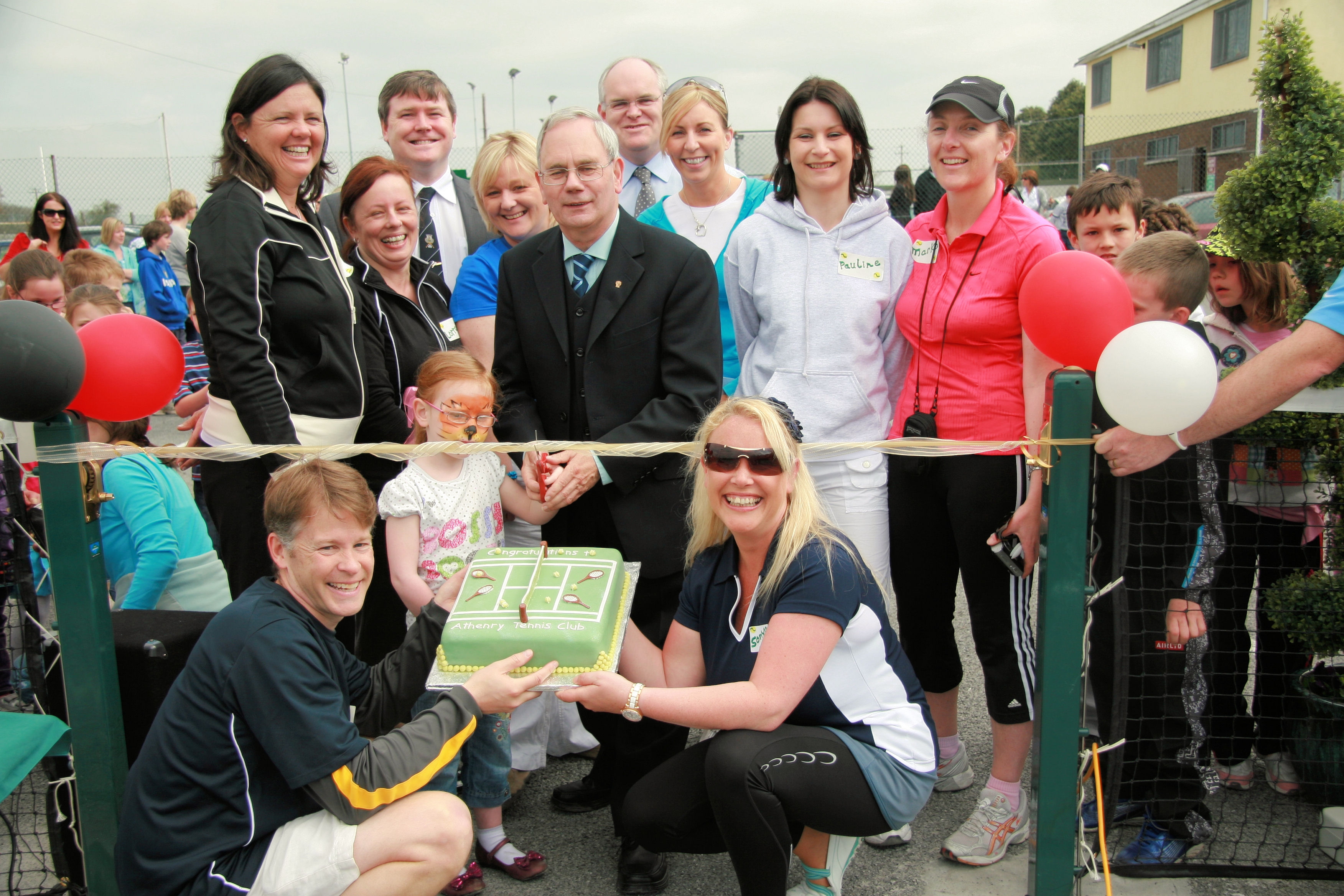