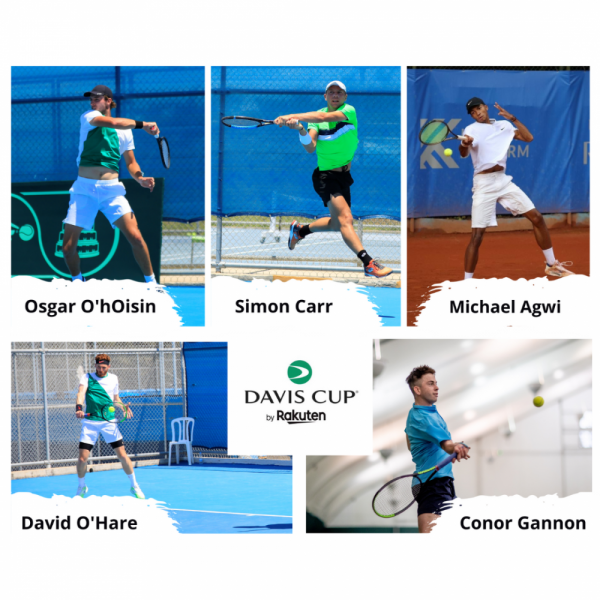 In 2021, our National men’s team had great success in Davis Cup Group III winning a place in the play-off for the prestigious World Group II. Conor Niland’s team aim to build on their positive results as they aim for the World Group I play-offs.

Ireland were drawn against China in the World Group II playoffs earlier this year however they received a walkover to advance to World Group II. The draw for the next round took place in March where Ireland drew Barbados.

The tie will take place in Bridgetown, Barbados on 16th and 17th September with two players getting their first call up to the Ireland team.

The team selected for 2022 is as follows:

Congratulations to the players on their selection and we wish Captain Conor Niland and the team the very best of luck in the tie next month.

Ireland Captain Conor Niland said “Myself, the support team and the players are going to do everything we can to achieve promotion to Davis Cup Group I in Barbados in September. It is Ireland’s first time competing for a place in Group 1 in a long time. I am pleased to announce two newly capped players, Michael Agwi and Conor Gannon, who are getting their first call-ups, alongside experienced team members Simon Carr, David O’ Hare and Osgar O’ hOisin”.

Tennis Ireland National Performance Coordinator, Garrett Barry said “Following last years success under the guidance of Cian Blake and Carlos Miranda, I would like to wish Conor Niland and his team the best of luck in their upcoming Davis Cup World Group II tie vs Barbados. Congrats to the 5 players that have been selected to represent Ireland, I have no doubt you will do us proud”.

Details on live streaming of the tie and ticket information will be available in the coming weeks.

Make sure to follow Tennis Ireland on social media for all the latest action in the lead up to and throughout the tie to get behind the boys in green.