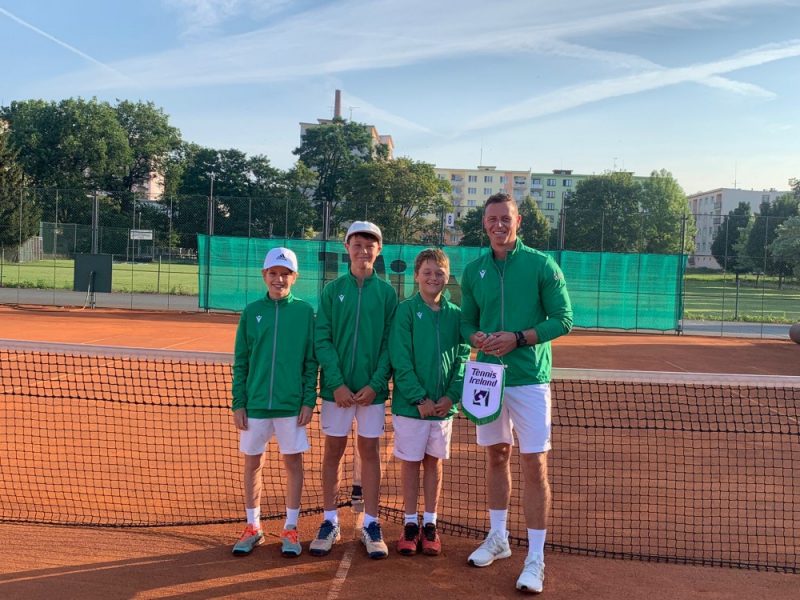 The U12s have their shot at the Summer Cups this week in Rakovnik, Czech Republic.

Teams were selected based on National Rankings and they will each play a preliminary round, hopeful of reaching the qualifying group which will commence on Thursday 21st July.

Qualifying for both groups takes place from 21st – 24th July where lots of nations will compete for a place in the final found in France from 4th – 7th August.

This is an exciting opportunity for these young players and Tennis Ireland wishes the captains and players the best of luck in their matches.