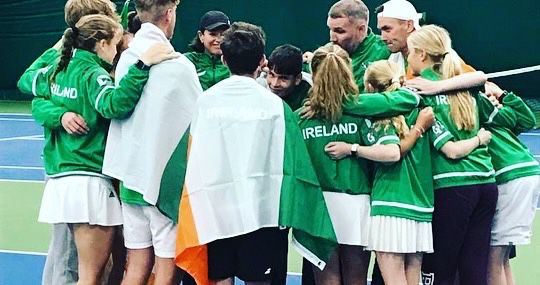 On the back of a successful U12 Tennis Europe event in February, Tennis Ireland is delighted to announce we will be hosting the Poland U12 team in an International friendly later this month.

In October 2021 Tennis Ireland visited Tenis Kozerki where Ireland U14s and U18s played a series of matches against Polish teams and Tennis Ireland worked to build a relationship with the Academy and the Polish Tennis Federation to provide opportunities for players in both countries.

This International Friendly is a great opportunity for these players after various tournaments in the calendar so far this year, despite the 2022 Winter Cups being cancelled as it provides the players with the chance to play together as a team.

The matches are being held at Castlebar Tennis Club on Friday 24th and Saturday 25th March where players will be playing singles and doubles matches.

Tennis Ireland would like to thank all at Castlebar for hosting this event.

The following players were selected based on National rankings:

Billy Colfor and Leah Puk were also selected but were unavailable for the tour.

Huge congratulations to all the players on this well deserved opportunity and we wish the team and coaches the very best of luck in their matches!