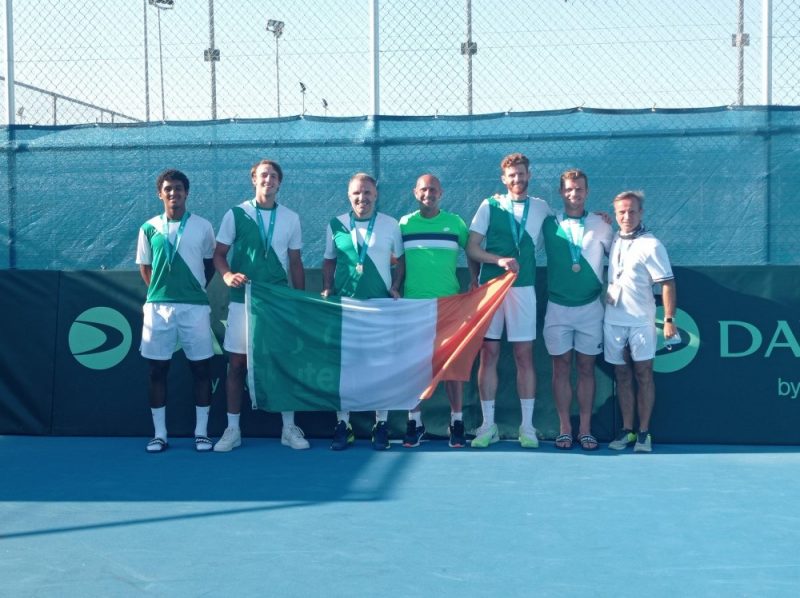 It is onwards and upwards for Ireland as they advance to Davis Cup World Group II.

On 5th December 2021 Ireland were drawn against China in the World Group II playoff due to be played on 4th and 5th March 2022 however news emerged today that Ireland will advance straight to the World Group II ties in September 2022 due to COVID regulations and restrictions in China as it is unfeasible for the tie to be held in China and China is not in a position to play the Davis Cup World Group II Play Off tie.

The news is welcomed by Davis Cup Captain Conor Niland,

“The Irish team is pleased to advance through to the next round of World Group 2. We are all looking forward to the tie in September and relish another opportunity to compete at the most important team event in world tennis.”

In June 2021 the boys in green put in stellar performances in Group III, defeating Luxembourg and Malta in the main draw but lost out to Monaco 2-1 which included battles against top 200 players and the French Open doubles quarter finalists. Ireland advanced to the group play-off where they defeated Georgia 2-1 in a fantastic display to progress to the World Group II playoff.

We wish the players and Captain the best of luck for in their preparation for the World Group II ties.

Stay tuned as we will be providing updates on the ties in September.