Everything is going to be o-clay! 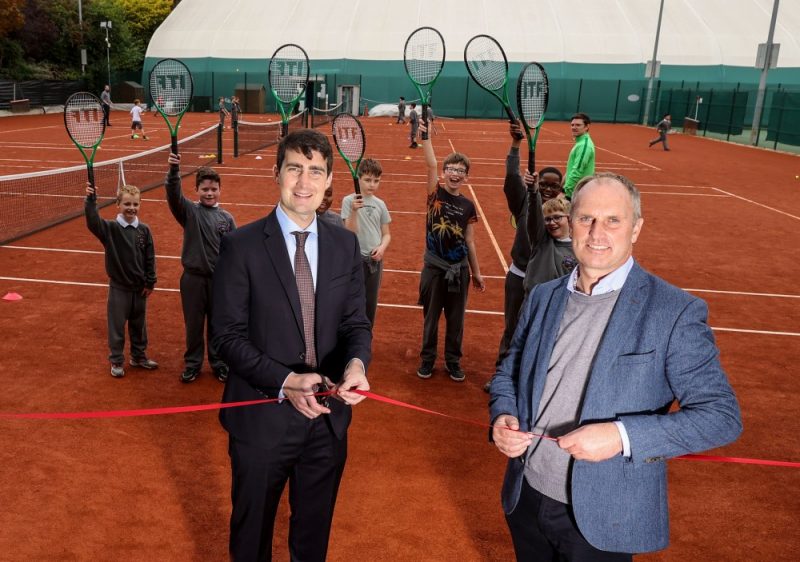 18 Oct Everything is going to be o-clay!

The Minister was also joined by students from 4th class from the nearby Our Lady of Victories School, who enjoyed some coaching and fun tennis games on the brand new courts.

The new Red Plus courts, installed by Emerald Sports Surfaces, are the latest addition to Tennis Ireland’s plans to improve the tennis infrastructure across the island of Ireland to support the significantly increased participation in the sport.

The National Tennis Centre features ten courts with three distinct playing surfaces.  Four of the courts are permanently indoors with the three clay courts being covered for five months a year with an air dome.

The latest development has been made possible due to funding of €79,500 received from the Sports Capital Programme and $50,000 dollars from the International Tennis Federation Facility Grant Programme.

With over 60% of international competitions being played on clay, it is vital that Irish players at all levels have an opportunity to train, play matches and prepare for tournaments on the surface.

The National Tennis Centre is open to the public and also hosts and organises the operation of National and Provincial Performance Programmes, Enjoy Tennis activities (which caters for players with a range of disabilities), Parks Tennis, Coach Education and national and international tournaments.

“Tennis Ireland was delighted to receive support from the Irish Government and our parent body, the International Tennis Federation for this project.  This investment and support provided has enabled us to develop truly top class facilities here at the National Tennis Centre.  We are really grateful to the Minister for his assistance with this project and for his support throughout the current pandemic.  The addition of new clay courts will benefit all of our players both recreational and those performing on the international stage.”