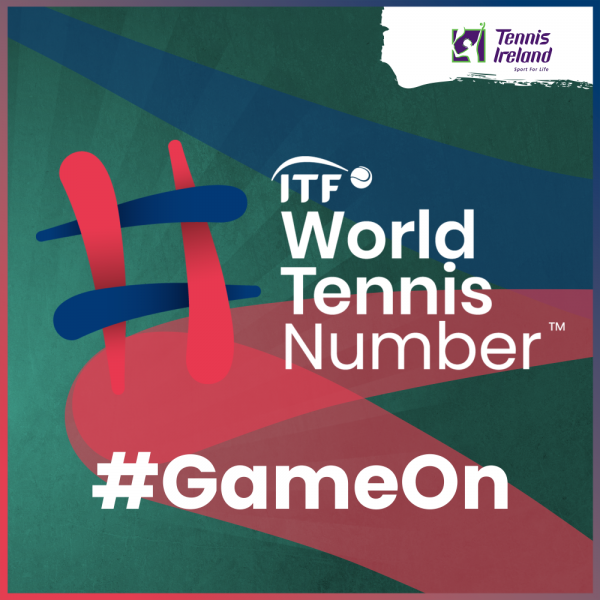 Official Launch Event – 9th and 10th April
To launch the ITF World Tennis Number Tennis Ireland is running a pilot event at the National Tennis Centre in DCU on Friday 9th and Saturday 10th April with men’s and women’s players from both the Davis Cup and Billie Jean King Cup panels. This first event will allow for the ITF World Tennis Number to be tried and tested in real time whilst allowing players the opportunity to improve their own rating and gain some valuable competition time.
Under current Level 5 restrictions no spectators will be allowed at the venue, and all of Tennis Ireland’s Covid-19 Protocols will be in place but some matches will be live streamed on the Tennis Ireland YouTube channel over the two days.

What is the ITF World Tennis Number
It is a single global tennis rating for all players, regardless of age, ability or gender – from the world’s elite to a player taking part in their first competition or playing socially in their club.
The scale will see players given a rating from 40 to 1, with recreational players starting close to 40 and the professionals being close to 1.

The ITF World Tennis Number will allow players to be grouped with other well-matched opponents, providing more appropriate and enjoyable competition for the players taking part whilst also driving player development and participation.
It will support venues, coaches and officials in setting up competitions, and will allow new and exciting formats to be run for players of all standards. This will include competitions at Club, Regional, Provincial, National, and International levels.
All players across the country, and all clubs affiliated to Tennis Ireland will get the benefit of this game changing rating system for free.