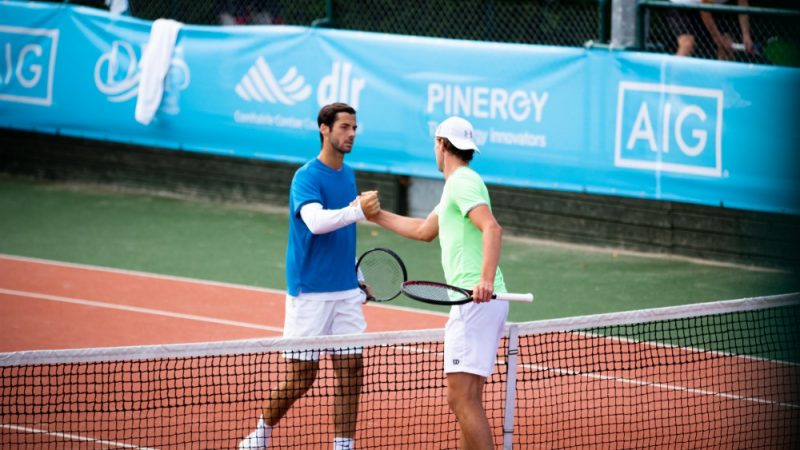 The Team Ireland Tennis Programme has been established by Tennis Ireland with the support of Sport Ireland in order to provide funding and other supports to assist Irish Tennis Players, both male and female, in the early stages of their professional careers or indeed looking to transition to become established players on the major international tours.

The programme is overseen by a panel specifically established to oversee the operation of the scheme and to consider applications received.  The panel is made up of 2 representatives from Tennis Ireland, a nominee from Sport Ireland, a nominee from the International Club of Ireland and two members of the business community who have an affinity with Tennis.

Grants from the scheme will be funded by allocations from Tennis Ireland and Sport Ireland and it is hoped that additional funds will be raised from the private sector through sponsorship or philanthropy as the scheme develops.

Irish Tennis players, male or female, playing on the relevant tours who meet the performance criteria outlined, will be eligible to apply for assistance to the Programme.

Applicants must provide evidence of a competition schedule, which will lead to them becoming an established professional player and on a pathway to represent Ireland at Junior and Senior Grand Slams, the ATP Tour or the WTA Tour.

Speaking about the programme, Tennis Ireland Chief Executive, Richard Fahey said, “We’re delighted to be in a position to offer this programme to our players this year.  The cost of training and international travel is clearly recognised as a barrier to Ireland producing players capable of competing at the highest levels of the sport and as an organisation we are endeavoring to provide some financial and non-financial support.  Given the budgetary constraints in which the organisation operates the level of support requested from players or their supporters will always be difficult to provide, however, there is recognition that some support should be available from Tennis Ireland and that it should be allocated via a clear, transparent and benchmarked programme to players with the proven potential to compete on the international tours and compete for Ireland in Davis / Fed Cup”.  He added, “we’re hopeful that the level of funding for the programme will increase in coming years with some assistance and support from the business community who we hope will see the benefit of investing in Irish talent.”

Speaking on behalf of Sport Ireland, Paul McDermott, Director of High Performance said, “Sport Ireland welcomes the establishment of this programme by Tennis Ireland. A similar approach to assist emerging professional players in golf has proven effective and we look forward to supporting this initiative by Tennis Ireland.”

Full details of the programme and an application form can be downloaded here.  The closing date for applications is 5pm on April 1st 2020.