National Coordinator for Women in Tennis 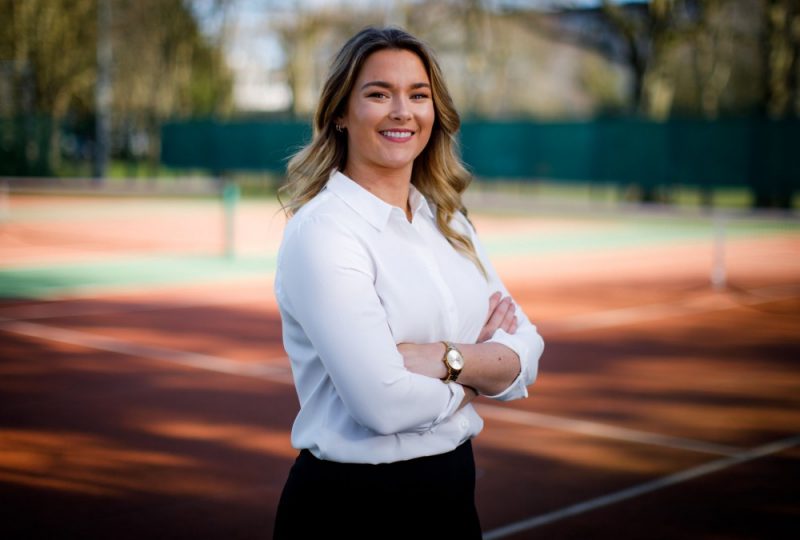 This month Grainne O’Neill joined Tennis Ireland to take up a role as National Coordinator for Women in Tennis. Grainne has been involved in tennis for years in both a playing and coaching capacity and is thrilled to take the opportunity to now work in a role helping to facilitate the next generation of female tennis players in Ireland.

Grainne’s own background in tennis, she won the U-18’s National Championships in 2010, which helped her to earn a scholarship to America to the Ohio State University to obtain a Bachelor of Science Degree in the Sport Industry. She would go on to captain the OSU women’s team while there. One part of this sojourn to America that she felt benefited her the most was an internship with the Universities athletics department to gain a better insight into the important administrative part of sport that occurs in the background behind the prestige and excitement of competing. Given that her prior involvement in sport was purely from a player’s perspective it was an eye-opening experience.

Upon returning to Ireland she joined Inpho Sports Photography to work within both their accounts department and in a Commercial Manager role. She found the role helped provide a deeper insight into different roles within the sport industry.
As part of her new role, she will be empowering more women to take leadership roles with tennis, at both a club and branch level. The creation of balanced opportunities to play, along with ensuring tennis in Ireland has an equal advantage culture will be a main priority for her. She is aiming to be a voice for Irish women playing tennis.

“I am eager to hit the ground running and engage with as many key stakeholders as possible to ensure tennis is at the forefront of gender equality for sports in Ireland”. She plans to develop a charter for clubs around the country to sign up to foster a more inclusive culture within clubs and enable more women and girls to flourish and maximise their potential at all levels of the sport.

Grainne is hopeful that as tennis becomes more popular in Ireland the standards can continue to rise and more players can make the step up to professional level so young players have more role models to look up to. One of her hopes is that women’s tennis in Ireland can have athletes to aspire to in a similar vein as Rugby or Camogie, “In 5-10 years down the line I’d love to see Irish ladies competing at the top level, on the WTA Tour, achievements like that could really grow the visibility of the sport”.