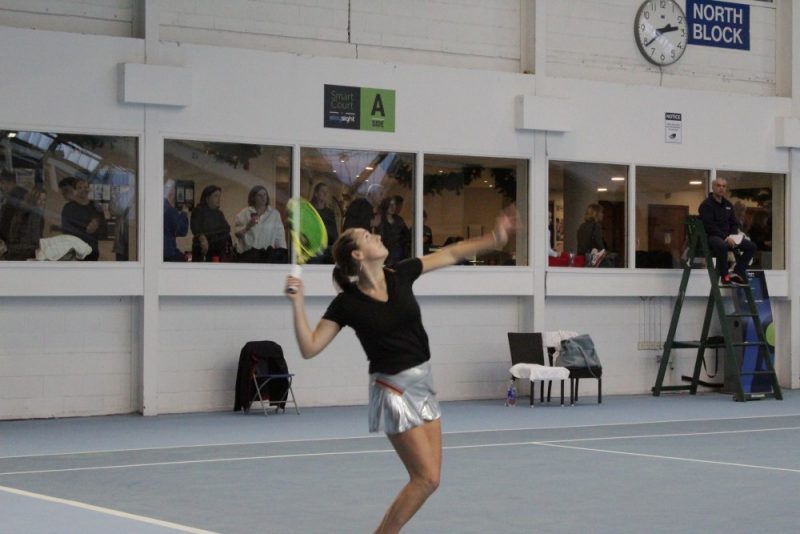 The 2020 Shared Access National Indoors took place in David Lloyd Riverview from 28th – 30th December and 2nd – 5th January 2020. And with both Juniors and Seniors in the same venue, the tournament proved to be a great success.

The week in numbers!

There was over 220,000 clicks on Tournament Software across both tournaments from people checking schedules and match results, showing great interest in both events.

There was fantastic tennis played throughout both tournaments with many highlights. Check out a few of the highlights from the Senior draw below.

The first round of the Mens Doubles proved to be competitive with the no.1 seeds Osgar O’Hoisin and David Gardiner being put through their paces by Peter Corrie and Alex Watt in a thrilling match ending 4-6, 6-2, 11-9 to Osgar and David.

In the quarter finals of the Mens Doubles, Séan Holmes and Thomas Brennan brought no. 3 seeds Ammar Elamin and Cian McDonnell to a 3 setter with the no. 3 seeds making it through to the semis (7-6, 3-6, 12-10).

In the Womens Singles Semi Final, Ruth Copas (no. 1 seed) and Karola Bejenaru (no. 3 seed) had an amazing battle on court lasting over 4 hours! Karola took the match in the end winning 6-4, 5-7, 7-6(3) to reach the Women’s final against Caragh Coutney.

In the Mens Doubles Semi Final, Matthew Earle and Conor Gannon put up a great battle to defeat no. 2 seeds Dorian Kos and Daniel O’Neill in a close match with the final score ending 6-4, 7-6(5). In a gripping final, Conor and Matthew defeated no.1 seeds Osgar O’Hoisin and David Gardiner 7-5, 7-6.

The Women’s Doubles proved to be another excellent match with the no.2 seeds, Tanya Murtagh and Grainne O’Neill winning 7-6, 6-1 against Ruth Copas and Susan Mc Rann.

We also presented awards to our 2019 Year End No. 1s on Finals Day. Check out the full link to the list here

Thanks to everyone who made the 2020 Shared Access National Indoor Championships a great success. A special mention to Shared Access for continued generous support and sponsorship of the event, and to David Lloyd Riverview for hosting so brilliantly once again. Finally, thanks to all the players for the great matches and to all the supporters for creating a great atmosphere and for tuning in online all week, contributing to the success of the tournament.

If you are interested in partnering with Tennis Ireland at some of our other events, please let us know.