Ireland Make History at 2019 Master ‘U 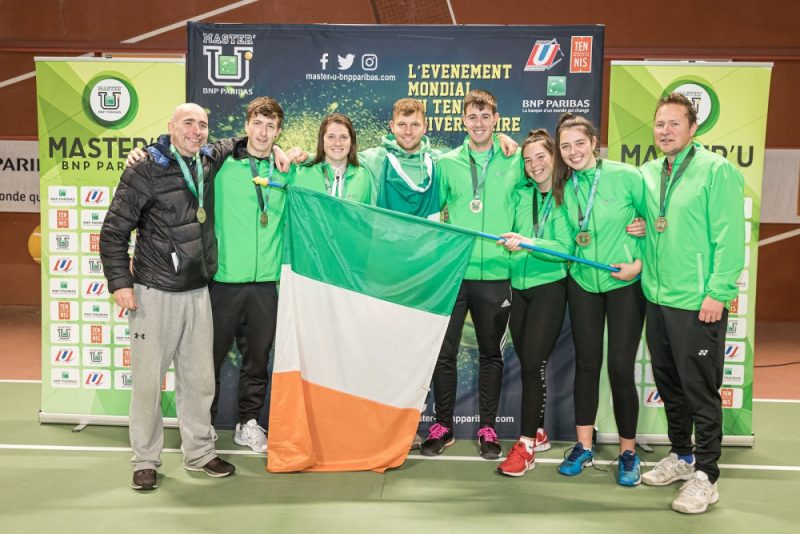 Ireland competed in the 14th Edition of the 2019 BNP Paribas Master ‘U Tournament from 29th Nov to 1st December where we finished in 3rd place to secure a Bronze medal for the first time in the history of the event. This is a fantastic achievement for the team and coaches consisting of Julie Byrne, Ruth Copas, Fiona O’Callaghan, Simon Carr, Sean Collins, Sean O’Callaghan, Jamie Pilkington and Garry Cahill.

In 2018 Ireland finished 4th meaning we automatically qualified for 2019. Hopes were high heading to the tournament with a good opportunity to medal, despite tough competition from USA who have won the tournament 8 times in the last 14 years.

Day 1 saw Ireland defeat China 4-3 with Ruth and Simon winning their singles matches as well as two wins in the ladies doubles and mixed doubles.

Day 2 was a tough test for Ireland as they faced 8-time champions, USA in the Semi-Finals. Despite a 6-1 loss to USA, hope was not lost! Julie Byrne secured an excellent point in her singles, defeating Michaela Gordon 6-2, 7-6 to take a point for Ireland. Simon Carr had a close 3 set match, losing 3-6, 6-4, 4-6 to Alek Kovacevic.

On Day 3 Ireland faced Belgium and were victorious in their pursuit, defeating them 4-2 to clinch the bronze medal, making history for Ireland at the Master ‘U.

Head Coach, Jamie Pilkington was delighted with the win and performance of the team ‘The last few days in Grenoble at the BNP Paribas Masters ‘U can only be described as a complete success. The support from home as well as the support on court was phenomenal. This of course added to the players’ performances and carried us through some epic battles. The Irish team played at a different level from anything I’ve experienced before and we have a medal to show for it! A special thanks to Garry and all the Irish players who participated, Simon, Sean, Sean, Julie, Ruth and Fiona’. 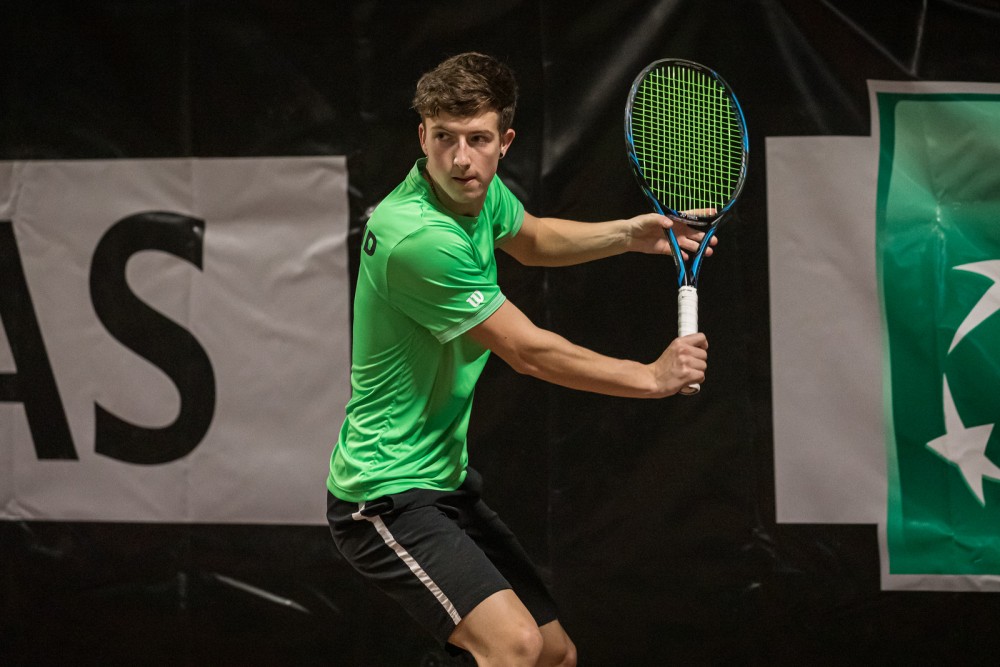 We look forward to seeing what 2020 holds for Ireland at the Master ‘U BNP Paribas!