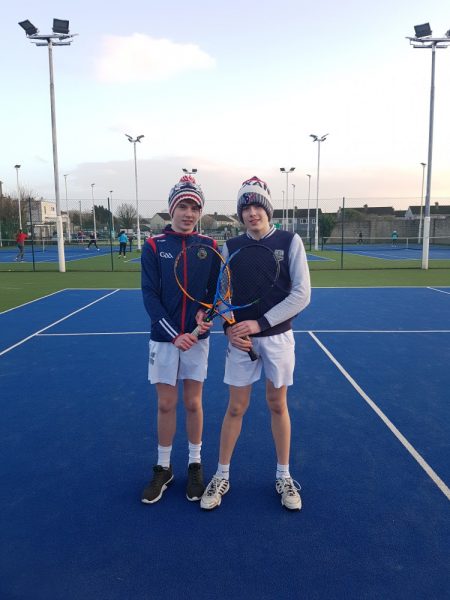 After 4 months of competitive action at clubs across the Mid West, teams from Ennis, Nenagh and CIAC made it through to the finals of the inaugural Mid West Tennis Cup. Under 12, 14 and 18 events with mixed teams of boys and girls came together at CIAC Limerick to serve it out to see who could claim to be the next Roger and Serena of the Mid West.

With all age groups starting together it was the girls singles and doubles which kicked the action off. In the under 18s, Nenagh played Ennis and got off to a promising start with Jill Moynan winning her singles in straight sets, this was shortly followed by their doubles pair of Shaun Hilmi and Alison Cullinan coming through in two tight sets. Nenagh now had an unassailable lead while Ennis’ Cian Humphreys came out on top in the boys singles.

The under 14 final pitted CIAC against Nenagh. CIAC’s Dillon Murray came through in the boys singles, while in the doubles Avril Dooley and Emma Williams of Nenagh managed to overcome Rachel Barron and Eva Mullen. The girls singles saw Lauren Spain winning through in two sets deservedly giving the title to Nenagh.

The under 12 final saw the match of the day between Ennis and Nenagh with a thrilling doubles match going down to the wire. Ennis took the first set while in the second set Ennis’ Conan Kochar served for the match and a brave Nenagh fightback from Christine Percy and Clodagh Spain saw them level it at one set all. The final set in these matches is played as a Match Tie-break (first to 10 points). The Nenagh pair started well but were quickly pegged back by Conan and partner Caoimhe Collins who came through and gave Ennis an unassailable lead. Earlier in the day, Mia Gavin won the girls singles against Ava Collins.

Limericks Sports Star and Irish Hockey world silver medalist Roisin Upton was on hand to present the prizes. Nenagh winning both under 14 and under 18 events and Ennis winning the under 12 event. There’s a lot more to come from these rising stars and the success of this year’s tournament looks like the Mid West Tennis Cup is here to stay in the Munster Tennis scene. 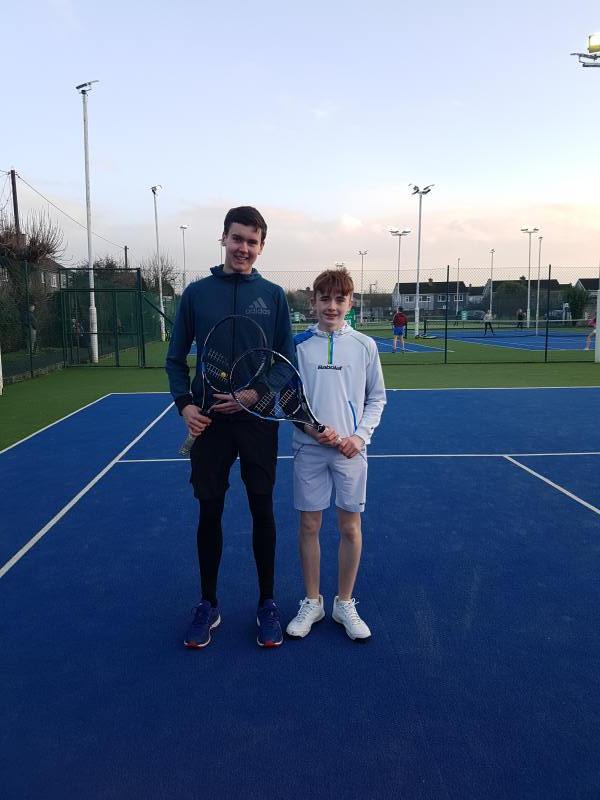 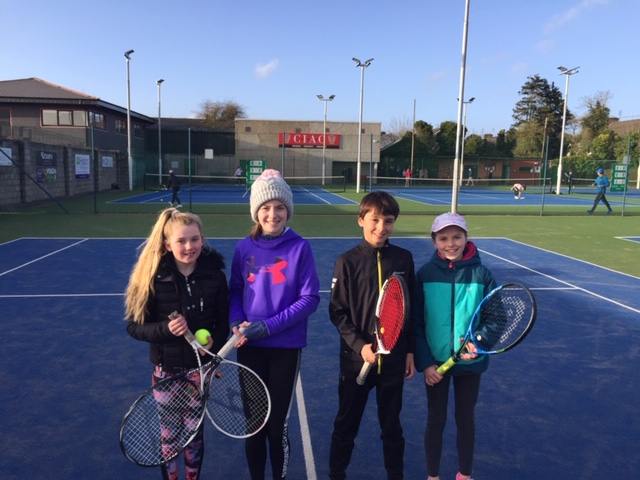 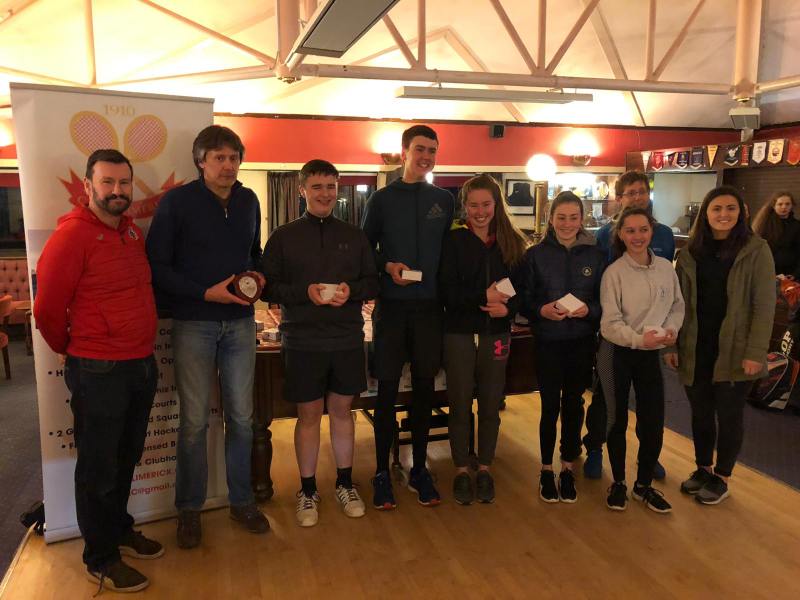 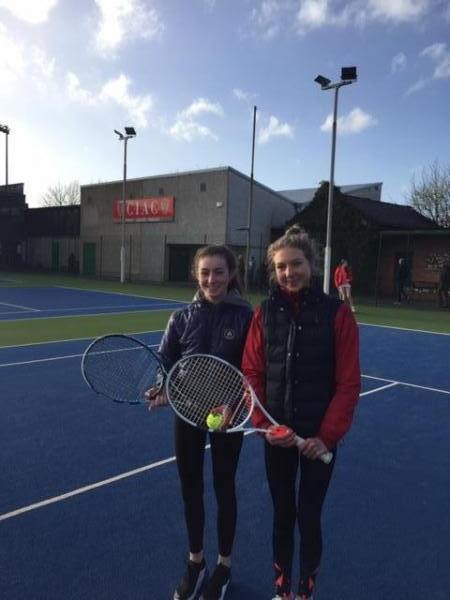 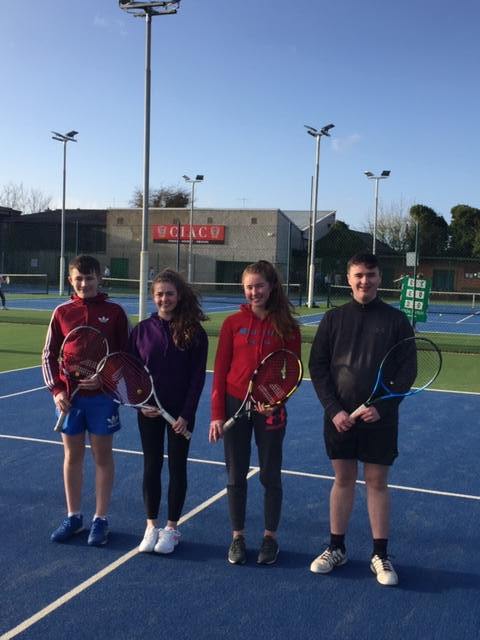 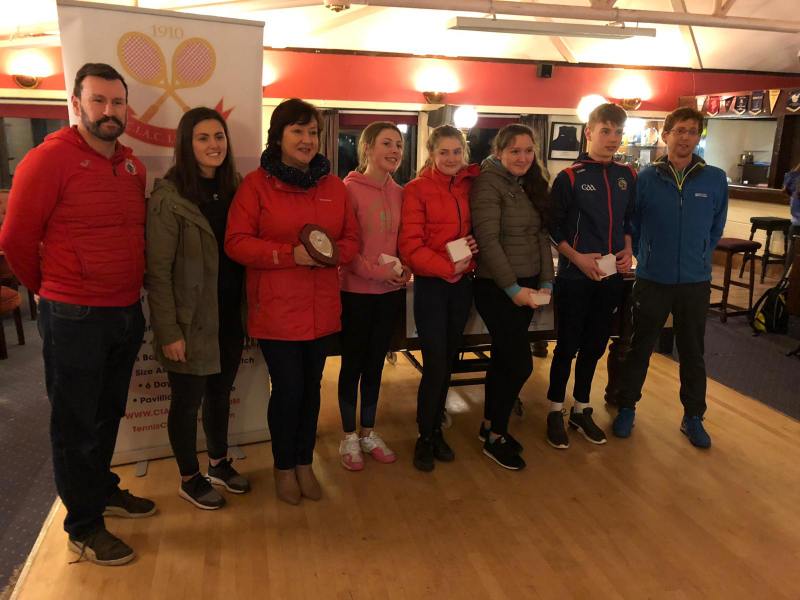 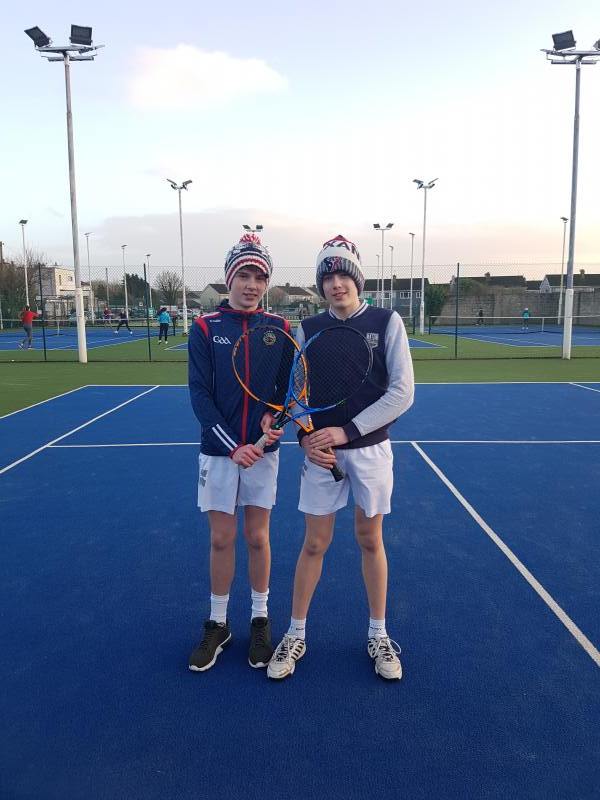