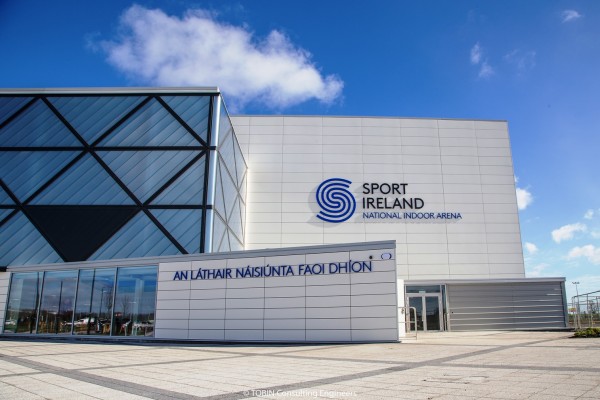 The funding announced, represents a significant increase on 2018, includes an investment of €12.845 million in the core activity of National Governing Bodies for Sport (NGBs), €8.46m in NGB High Performance Programmes, €820,000 in high performance funding for the Olympic Federation of Ireland and Paralympics Ireland, and €7.29 million in the work of the Local Sports Partnerships (LSPs).

Sport Ireland also announced €500,000 in targeted funding for projects, to assist with the preparation for key events in 2019, along with a further €1.93 million for the International Carding Scheme.

Speaking ahead of the announcement at the Sport Ireland National Indoor Arena today, Minister for Transport, Tourism and Sport, Shane Ross TD, said: “The National Sports Policy 2018-2027 published by my Department last July puts a strong emphasis on increasing participation in sport and physical activity by all members of society, regardless of age or circumstance. The significant increase in funding announced today will assist the excellent work of our National Governing Bodies and Local Sports Partnerships in delivering programmes and initiatives on the ground to get more people active on a regular basis. Their work is making a substantial contribution to the health and welfare of individuals, communities and the nation.”

Minister of State for Tourism and Sport, Brendan Griffin TD, added: “The funding announced today will assist in furthering Ireland’s ambitions at the highest level on the international stage as we head into a critical period for high performance sport. 2018 was an exceptional year for Irish teams and athletes and we look forward to that success continuing into 2019 with Olympic and Paralympic qualification on the horizon for many athletes. In particular, the move to a two-year model for the International Carding scheme is to be welcomed as we look to give our top athletes the best possible opportunity to realise their potential on the international stage.”

Tennis Ireland was one of the beneficiaries of the allocations announced today as it received funding of €425,000 to support its core activities and a further €200,000 in support for its High Performance Programmes.  This allocation was on top of the recent announcement of €45,000 in Dormant Accounts funding to support the delivery of the Enjoy Tennis Programme and an additional €23,000 investment via the ASPIRE Graduate Programme which will see Tennis Ireland appoint a University Graduate to work in its head office on an 11 month contract announced in December.

Speaking after the announcement, Tennis Ireland Chief Executive, Richard Fahey, said “Tennis Ireland is delighted with the announcement of funding today by Minister’s Ross and Griffin. There is a clear correlation between the provision of funding for sport and increasing participation and success on the international stage so this additional current funding provided to the sport sector and to Tennis Ireland is very welcome indeed.  The National Sports Policy launched earlier this year provides a solid framework for future success for Irish sport and today’s announcement demonstrates that the Government is committed to making good on its policy commitments by implementing the first of the increases outlined over the next ten years. I would also like to pay a special tribute to Sport Ireland CEO, John Treacy and his staff who we work closely with on a regular basis.”

The investment, which will be administered by Sport Ireland, will be utilised to support the delivery of Tennis Ireland’s Strategic Plan and will support the funding of an expanded programme of activities and the appointment of key staff to deliver the strategy.