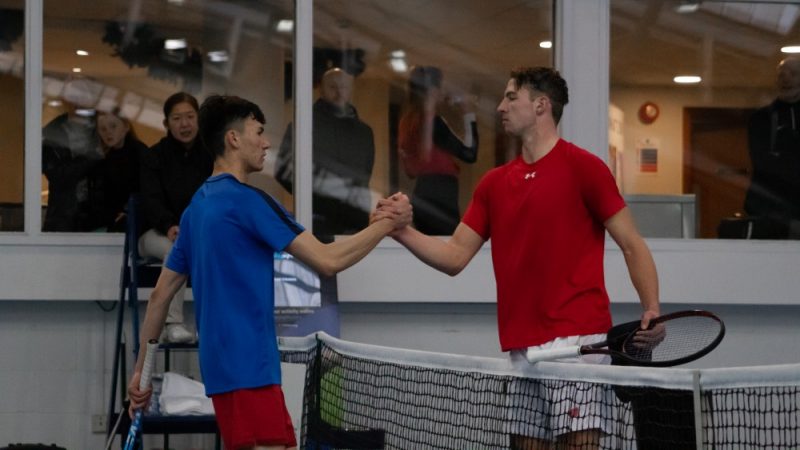 The first of today’s final’s began on court 1 at 11.30am with defending champion Osgar O’Hoisin up against David Lloyd Riverview club man Thomas Brennan. Both players put on an exhibition of great tennis with O’Hoisin eventually coming out on top 6-4 5-7 6-3. In truth, it could have gone either way in the end in what was a match worthy of a final played in front of a good crowd at David Lloyd Riverview. Best of luck to both players as O’Hoisin will return to the US to complete his University degree this year while Thomas Brennan will start out on his College Tennis journey as he flies out to Indianapolis tomorrow morning!

The Men’s final was immediately followed by the lady’s final which saw Giulia Remondina & Ruth Cops face each other on court 1. Remondina, who is originally from Italy was too strong for Copas on the day defeating her 6-2 6-1. Copas showed great heart throughout the week and will no doubt be back looking to get in to her fourth final in a row next year!

Last up on final’s day was the men’s and ladies’ doubles finals which went on court 1 & 2 simultaneously. The doubles have been exciting to watch all week and a fitting way to finish the Championships. Osgar O’Hoisin & David Gardiner took the title defeating Dorian Kos & Owen Kirk 6-4 6-3 in what proved to be a thrilling contest. It capped off a memorable week for Osgar claiming the singles and doubles titles! Over on court 2 Jane Fennelly/Susan McCrann against Ali O’Dea/Zara Ryan proved to be another exciting encounter. Fennelly & McCrann came out on top defeating their opponents 6-1 6-2. Well done to both sets of players producing some top-quality doubles tennis.

Thanks to everyone who made the Shared Access National Senior Indoor Championships a success. Special mention to David Lloyd Riverview for hosting the event and a particular thanks to our title sponsor Shared Access. Thanks also to the wider tennis community for coming out in strong numbers supporting the event all week both online and at the event itself.