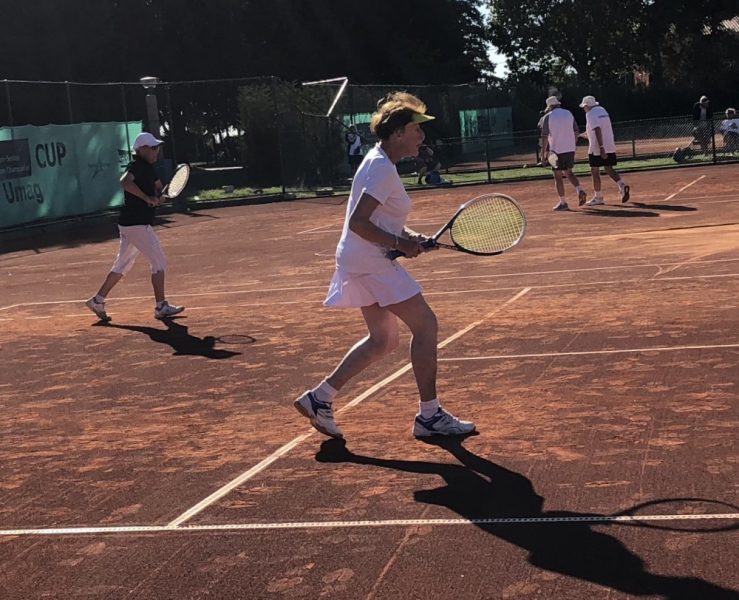 Massive congratulations to June Ann Byrne who on Friday last became a World Champion. With her partner Wil Sevenstern, June Ann captured the ITF World Individual Championship WD85 title. To make the win even more impressive they claimed victories over the No.1 seeds in the Semi’s and No. 2 seeds in the Final, both in three sets.

The tournament took place in Umag, Croatia from Saturday 22 September – Saturday 29 September 2018. The ITF Super-Seniors World Individual Championships is the highest ranked event on the ITF Seniors Circuit for male and female players in the age categories of 65-85 (previously 60-85).

The tournament offers singles, doubles and mixed doubles as well as a consolation draw for singles first round losers.

June Ann Bryne is a huge inspiration for all Irish tennis players and really shows that tennis is a Sport for Life.