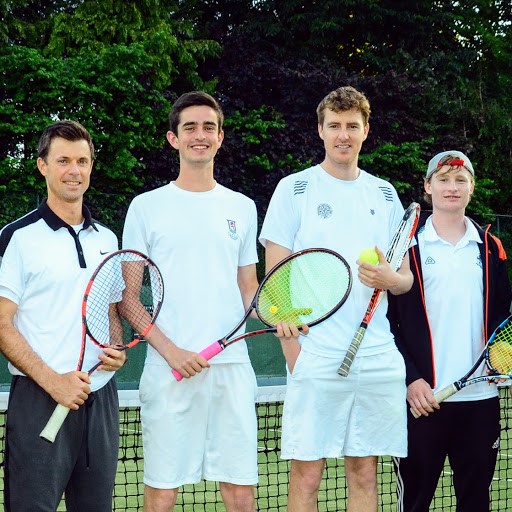 It’s Game, Set and Match for a new Guinness World Record set by four leading Irish tennis players who are aiming to get in the record books by playing for 60 hours nonstop for charity.

The Guinness Book of Records attempt will take place in Fitzwilliam Lawn Tennis Club in Dublin, with the first ball being served at 8am on Friday, 13th July, and, all being well, the rackets will be put down at 8pm on Sunday, 15th July.

And it’s all in a good cause with any funds raised going to the Enjoy Tennis programme which has to-date enabled almost 1,000 players with a disability to learn and play the game in 70 clubs around Ireland.   It is hoped that the attempt will raise at least €20,000.

The current World Record is held by four Dutch players who played nonstop for 58 hours in 2013.

“Other than Luke, we have not attempted anything like this on a tennis court in the past. We have trained ourselves over many years to play the sport at a fast tempo and with a great deal of variety”, explained David Mullins, “For this challenge we will have to play the match at a slow pace, with little or no variety of shots and over a long period of time to conserve energy. Dealing with the monotony of this slow-paced game will be one of the biggest challenges”.

He said they had been in training for the arduous attempt for several months including a dry run on Friday, June 22nd, when the four played overnight from 9pm to 6am on Saturday morning to “acclimatise” to things like sleep deprivation and exhaustion.

During the record attempt – when they hope to break the existing record by at least two hours – the players will take a 40-minute break after being on court for eight straight hours (they are entitled to a five-minute break every hour) during which they can grab some rest, take food on board and using the bathroom etc.

Two independent witnesses will be present at all times to ensure that the strict rules for a world record attempt set down by the Guinness Book of World Records are adhered to.

“It’s a huge undertaking,” said Mr Liam O’Donohoe, President of Leinster Tennis, who is co-co-ordinating the project, “There have been weeks of planning and preparation while we have a crew of at least 80 in place over the three days supporting the players and looking after timekeeping, witnessing/verifying the event, physio, food etc.

“The impact of their efforts will be really significant: up to 300 people with a disability will have the opportunity to benefit from everything that sport/tennis brings all of us.”

Currently the range of disabilities covered by the Enjoy Tennis programme includes, intellectual disability, Autism, Blind/vision impairment, Cerebral Palsy, Acquired Brain Injury and wheelchair users.  The funds raised from the World Record attempt will also allow us to bring Enjoy Tennis to the providers of services to those experiencing   mental health issues.

Only recently players from 13 countries took part in the Blind Tennis World Championships in Shankill Tennis Club in Dublin hosted by Shankill Tennis club as part of the Enjoy Tennis Programme.

Photo:  The four tennis players who will attempt to set a new Guinness World Record.  L/R –

Donations can be made to:  https://www.gofundme.com/world-record-attempt-enjoy-tennis