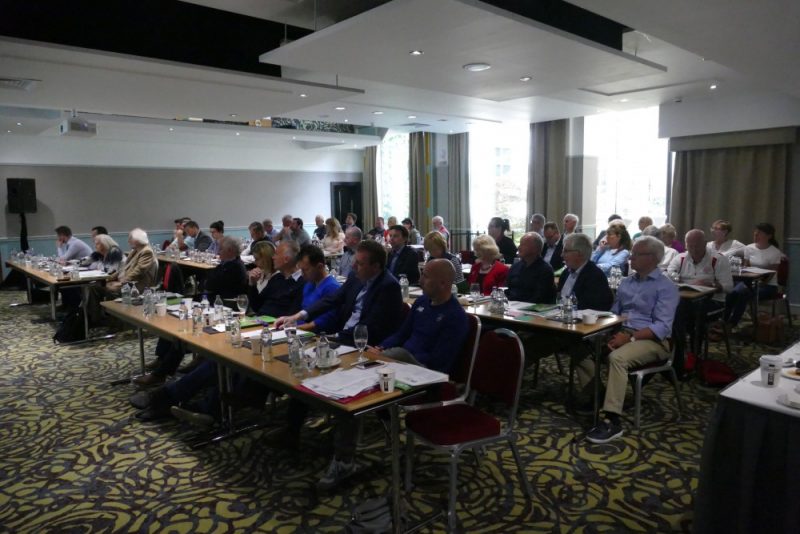 The Annual General Meeting of Tennis Ireland was held on Saturday 16th June in The Crowne Plaza Hotel in Santry where there was significant representation from almost 60 affiliated clubs and the Regional Branches.

The Chief Executive, Richard Fahey, provided a detailed operational review for the past year in which he highlighted the key successes of the year including:

The Chief Executive paid tribute to all of the clubs and volunteers within the sport who helped to facilitate and develop the sport over the past year and looked forward to further developing relationships with them to grow the game.

The delegates present were also informed of the financial position of the Company.  They heard that:

The delegates were updated on the significant work carried out in the last 18 months in relation to improvements in the Governance of the organisation culminating in the recent declaration of compliance with the Governance Code and High Performance Director, Gary Cahill provided an excellent presentation on the work to develop players in the regions and in the National Training Centre.

3 New independent Directors as well as 4 new representative Directors were elected on to the board including;

A further Director, Stephen Reid from Ulster was re-elected to the Board for a second term.