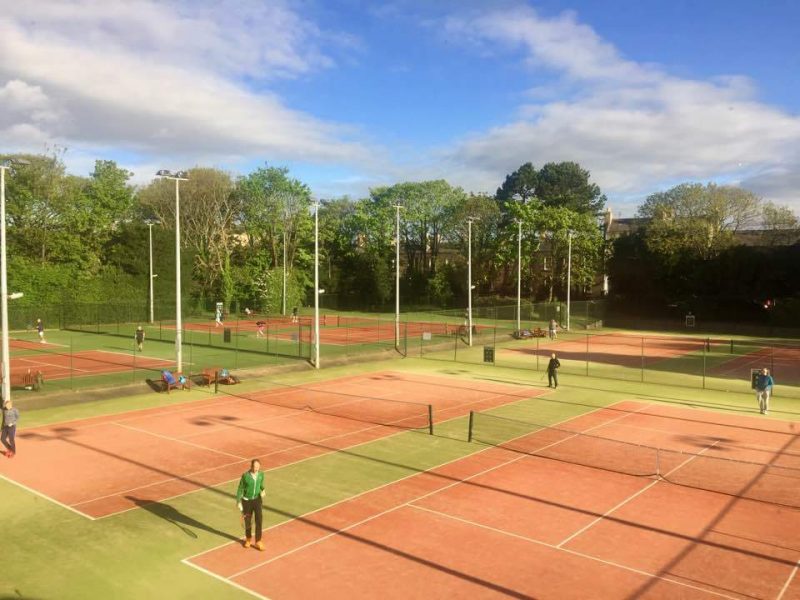 Each year since 2010, Out2Tennis organises the International GLTA Tennis Tournament, where it openly welcomes players of all levels – five divisions in both singles and doubles.
The tournament has been going from strength to strength, with player numbers increasing year-on year. The 2017 tournament was nominated in the top three best large tournaments from approx. 70 tournaments globally, and was awarded the international prize for best organising team for a large tournament.

This year the tournament will be running from 5th – 7th May, over the May bank-holiday weekend. It had already seen an increase in entrants and within the first week of registration opening, the tournament received a historic number of approx. 150 entrants from over 18 countries, across 4 continents. Since 2013 the main tournament has taken place in Mount Pleasant LTC, Ranelagh.
People interested in supporting will be welcomed with open arms to watch the games from the stunning Mount Pleasant bar / balcony, where we hope (and pray) for a sun-filled weekend, but is guaranteed to be welcoming, fun and a good-time.

Play for the 150 players, across the 5 divisions of doubles and singles commences early each morning and runs through to the finals day of 7th May from 9am. Whilst it is an international tournament, there is also large emphasis on ensuring that players and spectators are experiencing the Irish welcome and are having a good-time. Throughout the days will be social activities ongoing in Mount Pleasant, where spectators are welcomed to come and support the games and Out2Tennis.
Banquet – Sunday 6th May.

Each year there is a banquet, where the players have some down-time off the courts and enjoy some local cuisine and culture, with help from the wider Out2Tennis organisers, who put on a show and the infamous Player Awards. This year we are happy to be working with our host, the Morrison Hotel.
Finals day for all 5 divisions in singles and doubles is 7th May from 9am. Why not come down, support and cheer on the players!

If anyone would like to hear more about this award-winning International Tennis tournament, please reach out to the tournament Directors on info@out2tennis.com