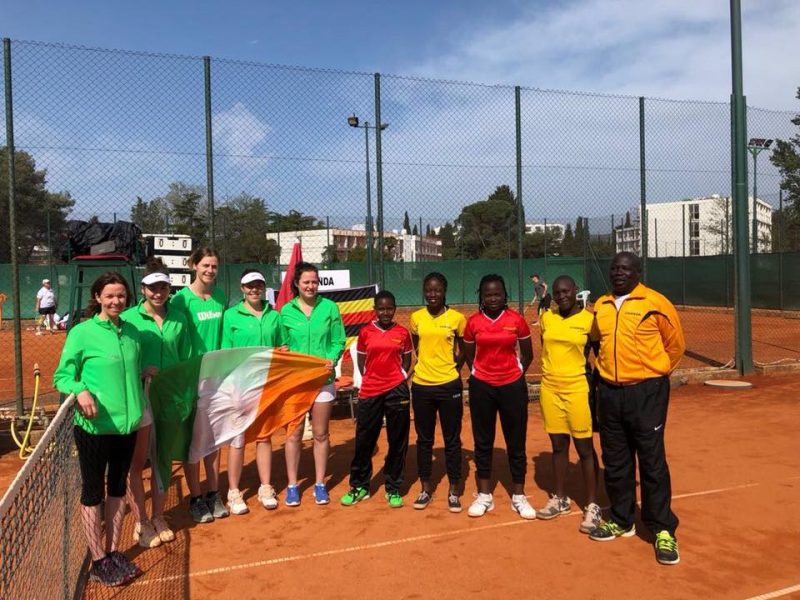 The Irish team made up of Amy Bowtell, Ruth Copas, Jane Fennelly, Lauren Deegan and captained by Yvonne Doyle took part in this year’s Fed Cup by BNP Paribas in the Europe/Africa Zone Group III.

The tournament took place in Ulcinj Bellevue in Montenegro from 16th – 19th April and Ireland were drawn in Pool B along with Malta, Morocco & Uganda.

It was a tough first two days for the Irish team as they were beaten convincingly by Malta who eventually went on to contest the promotion play off for Group II against South Africa. On day 2 it was a much tighter affair against Morocco with Jane Fennelly going close in her singles rubber and Amy Bowtell coming out on top in her rubber. It went down to a deciding doubles encounter were Ruth Copas & Jane Fennelly came up short against Morocco after putting up a valiant effort.

Day 3 saw the Irish team facing Uganda who were represented at the Fed Cup for the first time in their history. Jane Fennelly & Ruth Copas made light work of their singles rubbers to give Ireland a 2 – 0 lead. Fennelly and Deegan won the doubles match to give Ireland a convincing 3 – 0 victory.

On the final day Ireland came up against Montenegro in the 5th/6th place play off with Jane Fennelly playing the first rubber and defeating her opponent 7 – 5 6 – 4 in what was a great performance from Jane. Ruth Copas was up next but unfortunately her rubber didn’t last too long as her opponent was forced to retire through injury 1 – 0 down in the first set. Amy Bowtell & Lauren Deegan played that last rubber of this Fed Cup Campaign and came out victorious to claim a 5th place spot for the Irish team.