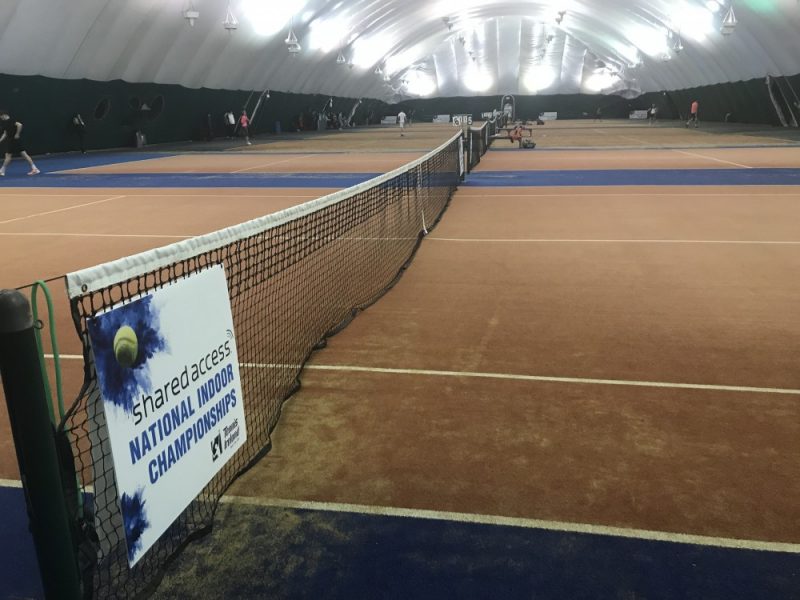 In the Girl’s event Rachel McCrum from David Lloyd Belfast took on Sligo’s Cliona Walsh. This match turned out to be everything it promised to be with both girls making the most of their chances from the start and it was Walsh who took the first set 64. McCrum wasted no time getting stuck in to the second set but at 5-1 up Walsh was fighting for every point and clawed her way back to take the set and match 64 75. Nothing was left on the court by this pair, both justified their place in today’s final.

In the Under 16 Boys it was the battle of two unseeded players Mark Borisov from Castleknock and Samuel West from Bishopstown TC. This was a wide-open contest with all to play for and so it proved to be, as both players got the measure of each other they went all the way to a final deciding set which Borisov eventually claimed 46 63 63.

The U16 Girl’s final featured the top 2 seeds, 14-year-old Juliana Carton from Donnybrook and Kate Gardiner from Rushbrooke and it was Carton who proved to be the better player today taking the match in straight sets 64 61

Ammar Elamin last year’s defending champion faced the challenge of Jordan McKeown, the no. 1 seed from St Patricks TC and it was the Mullingar player who came away with the spoils today. At only 15 years of age Elamin makes it two consecutive Under 18 National Indoor titles, he will also compete in the Senior Championships next week in David Lloyd Riverview.

Defending champion Shauna Heffernan from Claremorris and no. 1 seed Alison O’Dea from Sutton TC made the linup for the U18 girl’s final and this title was up for grabs with O’Dea having the form over the course of the year. Heffernan took the first set 64 before O’Dea hit back to evened the scores and bring the match to a final decider but it was 16-year-old Heffernan who took control of this one to bring the trophy back to Claremorris for a second year in succession.

See all the day’s results and updated draws HERE 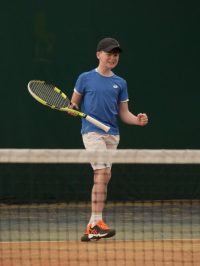 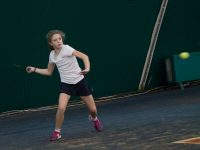 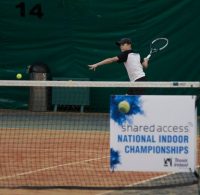