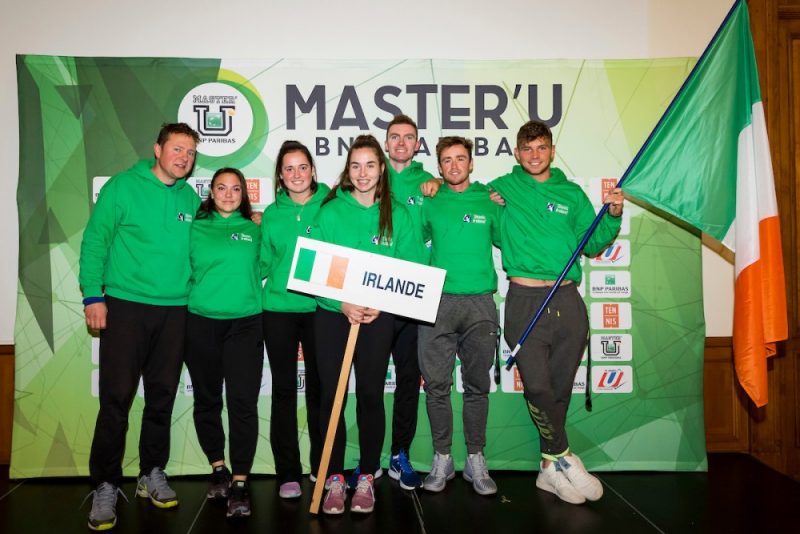 The Irish Universities Team travelled to France to take part in the BNP Masters tournament for its 12th successive appearance in the games on Nov 30th – Dec 3rd.

Led by their captain Jamie Pilkington and with the added support of former Davis Cup Captain Garry Cahill the team finished in a hard fought 6th place overall having defeated Russia in the second round. The standard gets better each year at these games and this team  went one better than last year when they finished in 7th place.

The UK team were the outright winners of the 2017 games.

Visit the 2017 Gallery to see more pics from the event.