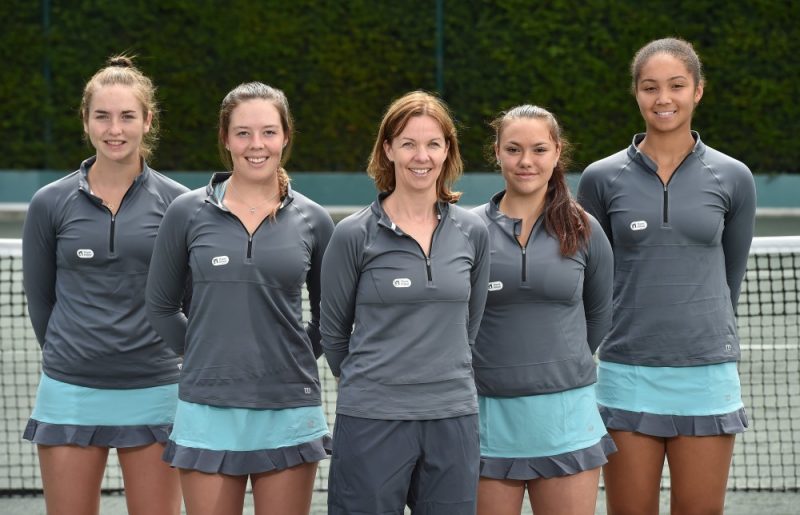 The Irish team faced Morocco in a final playoff for 5th-8th place. Jane Fennelly dug out another great three set victory in her singles showing great battling skills. The no 1 singles then went to Lina Qostal where Jenny Timotin fought hard before losing the first set in a tie-break and couldn’t find her way back after that. The deciding doubles was another close contest where Copas and Fennelly showed great spirit but it was Morocco who took this one in the end 6-4 7-5. Ireland’s team captain Yvonne Doyle said she couldn’t be prouder of the girls and paid tribute to their tough attitude all week, getting stuck in to matches and fighting til the end. Ire land finished their 2017 campaign in 7/8th position.

In Fed Cup news Cyprus have defeated Ireland today which sees Cyprus emerge from pool B into the playoff stages of the tournament and Ireland’s campaign come to a close.
The Cypriot no 2 player dug deep in the clay to grind out the win against Jane Fennelly in a long match that saw most games go to deuce and eventually finished up 67(4) 63 61.
Jenny Timotin followed in the no 1 singles and came up against Eliza Omirou who played her first Fed Cup in 2014, Cyprus sealed the win with a confident performance 63 61.
Sophia Derivan and Ruth Copas teamed up together for the doubles today and brought the Cyprus pair to a tiebreak in the first set but it wasn’t to be for the Irish pair who lost the match 76 60
And so the 2017 Fed Cup campaign has come to an end but the experience for this young team with two new caps for Ruth Copas and Sophia Derivan will no doubt prove invaluable in further campaigns down the road.

The Irish Fed Cup team Ruth Copas, Jennifer Timotin, Sophia Derivan and Jane Fennelly captained by Yvonne Doyle travelled to Chisinau in Moldova to compete in Group III of the Fed Cup on June 13th-17th. Ireland are the no 2 seeds in the competition with Greece no 1, Finland no 3 and Moldova No 4. The first round robin stage gets underway on Tuesday, Ireland have drawn Iceland, Kenya and Cyprus in group B. The team will be aiming to reach the final play-off for promotion to Europe/Africa Zone Group II in 2018. The play off stages will see pool winners match up as follows Pool A v C, B v D. For daily updates check the www.fedcup.com