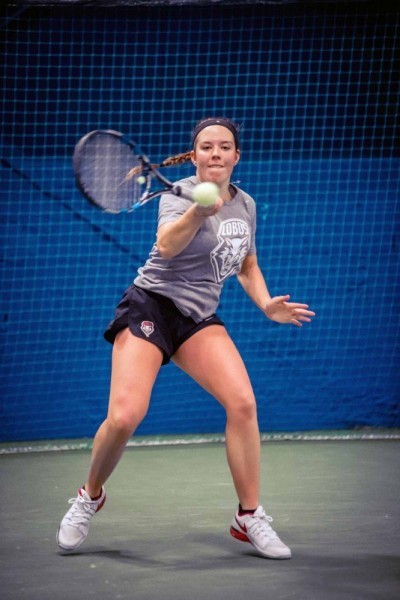 The team of Ruth Copas (pic), Jennifer Timotin, Sophia Derivan and Jane Fennelly captained by Fed cup veteran Yvonne Doyle is confirmed. They will travel to Chisinau in Moldova to compete in Group III of the Fed Cup on June 13th-17th. The format is a round robin of 4 pools of 4 teams with pool winners going forward to a play-off against each other for promotion to Europe/Africa Zone Group II in 2018. Last year’s team of Georgia Drummy, Jenny Timotin and Anna Bowtell came very close to the playoff stages just losing out to Macedonia FYR 2-1 so they will be hoping to go one step further this time.