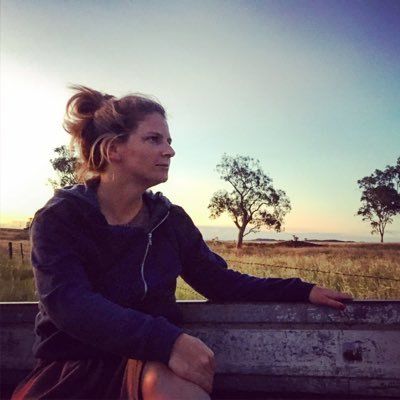 “In the end it was an easy decision, I knew I wanted to stay in sports after finishing up my tennis career and the media industry seemed the best way to do that. After graduating from the University of Utah, I completed a Masters in Sports Journalism at St. Mary’s University in London. From there, I worked at tennishead magazine for two years as a writer before going freelance. Tennis and football have always been my passion so getting paid to watch those sports is pretty special. Maybe all those hours spent in front of Sky Sports News didn’t go to waste after all!”

“It can vary. I usually travel about 3-4 months per year. This season has been particularly busy, however. I spent January working for Tennis Australia in Perth and Melbourne; then a week in Czech Republic in February, working on Fed Cup for the International Tennis Federation; and I was in the US all of March, working with ATP Media at Indian Wells and Miami. I do enjoy it. I think you have to to do so much of it. But really, for the majority of these trips, you’re sat in a media room staring at a screen so it’s the people you work with that make it enjoyable.”

“I miss the singular focus of tennis – having a goal and striving towards it. But when I finished playing I felt ready to move on. I had committed the best part of 13 years to playing the sport so it was time for new experiences. I actually find it frustrating to play now – the coordination is gone! – but I do like to get out and hit a few balls every now and again.”

“I work a lot with the Premier League through a company called LiveWire Sport. The nature of the work can vary – sometimes I’ll be out around the grounds, bringing the matchday experience to life on social media for a global audience, other times I will be at HQ, writing the live blog on premierleague.com. My work is split about 60% tennis and 40% football.”

“Accreditation tends to be easy enough for me because I usually work for the event host teams, but if you have a reputable newspaper/website to work for it isn’t as challenging as you would think. I do get to spend some time with the players in a working capacity, whether that’s interviews, tours on Facebook Live or to get involved in some campaigns we may be implementing. When Rafael Nadal played his 1,000th match in Miami, for example, we had time with him for a little trip down memory lane.”

“It’s hard to look past Andy Murray in terms of how a player conducts themselves behind the scenes. He’s just a real gentleman and for someone who has achieved everything expected of him – and then some – he’s as humble as they come. I also have a soft spot because we were both 1987 kids and from similar backgrounds, so to see him achieve so much is pretty inspirational. It’s safe to say Scotland cleaned up at Four Nations in my age group.”

“All-time, Evert-Navratilova, but in my life-time it’s got to be Federer-Nadal. Arguably, Federer-Djokovic and Nadal-Djokovic are the more competitive rivalries, but Federer-Nadal transcends tennis. Their unique contrast of style, personality and technique capture the imagination like no other, and at the core is a deep, mutual respect between them. My dream Wimbledon final for a few years now was to see Serena and Kvitova finally go blow-to-blow on Centre Court – two players who raise their game for the big occasion. But with Serena now on maternity leave and Kvitova working her way back from injury, I’d settle for Fedal again ;)”

“I think every individual case is different, but unless an Irish player is challenging for Grand Slam junior titles and breaking through at the top of the rankings they should seriously consider college tennis. I learned so much about myself in America, not just on the tennis court but off it too. They work you hard out there, you get consistently competitive matches – something Irish players really need at that age – and your eyes are opened to how much of a global game tennis is. Tennis as a sport is getting older – at 2016 Roland Garros there were a record 51 players aged 30-plus in the men’s singles draw – and players have more time to grow now. Getting an education alongside training seems like a no brainer”