Please note that in 2017 Code violations(CVs) will be reported using the tournament software. Penalties will be recorded in a player’s tournament software account. So, if you withdraw from a tournament without a valid excuse or don’t show up for a scheduled match you will receive notification by email the following week that you are about to earn some penalty points.

Code of Conduct violations will be reported in the same way so players and parents should familiarize themselves with the Code of Conduct and Rules of Tennis.

CVs will be recorded in a player’s tournament software account so if an offence is reported you will receive notification of the offence and details of relevant penalty points by email the following week. If you reach a max of 10 points it’s suspension time and you will be blocked from entering tournaments online for that period.  Players cannot appeal these points with the tournament officials, the formal appeal process is communicated in the email.

This isn’t a new rule we’ve just come up with a smart way to implement it so don’t say you haven’t been warned!

Play fair and respect your fellow players and officials! 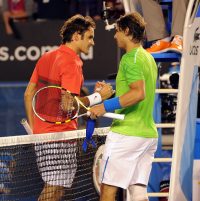