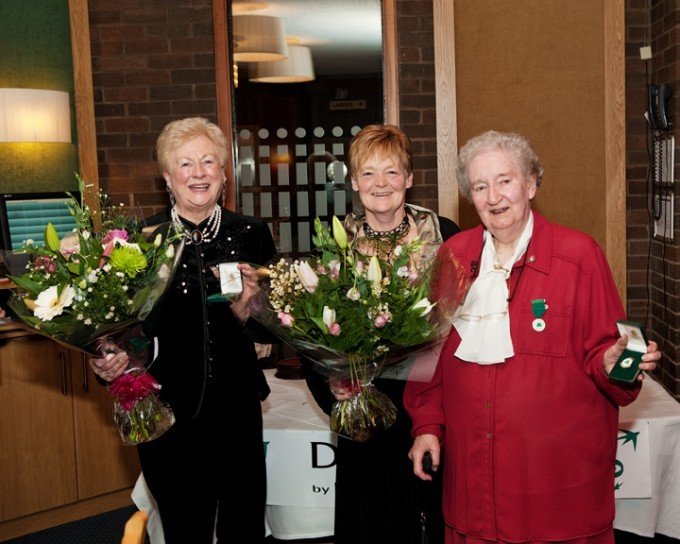 Mavis Hogg (MBE), wife of the late John and mother of Jonathan, David and Christopher, a former Ulster Branch and Tennis Ireland President, and a life-long member of Hawarden Tennis Club, passed away on Sunday 9th April 2017 after a short illness.  Mavis, who said that her Tennis Club acted as the centre of her sporting life, and social life (see President’s message below), had an incredible list of achievements and was awarded an MBE in 1997 for Services to Tennis.

She was elected to the Ulster Council in 1968 and became President in 1976-77 and she was elected to the Irish Lawn Tennis Association in 1973 and became the first Lady President. In her official role she met John McEnroe and Arthur Ashe when they came to Dublin to play Davis Cup in 1983.  On this occasion, Mavis presented John McEnroe with a crystal vase for breaking Arthur Ashe’s American Davis Cup singles record by one, with 28 victories (see newspaper report below.)   Above Mavis is presented with flowers and a medal by Letty Lucas (Tennis Ireland President) and Ann Taylor (left) at the Davis Cup Dinner in Dublin in 2010

Mavis then became Tennis Ireland Secretary in 1985-1993.  She represented Ireland on the European Tennis Association and was the first lady to serve on this body.  Mavis was also Ulster Branch President again in 1992.

Mavis was a Special Guest at the Belfast City ITF Junior Tournament Celebratory event in Belfast City Hall in July 2016.  Mavis was inspirational as she spoke to the 200 young players and their families of her involvement and great contribution to tennis administration across Ireland, and of the friendships she made throughout.

Mavis will be sadly missed by all at Ulster Branch and Tennis Ireland and the Tennis Community in Ulster & Ireland.

Everyone is welcome to a Celebration & Memorial Service for Mavis at Stormont Presbyterian Church on Thursday 13th April 2017 at 11am and tea and coffee will be available at Hawarden Tennis Club from 12.30pm onwards. 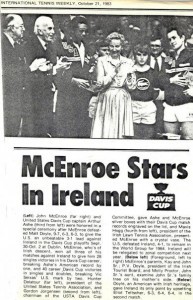 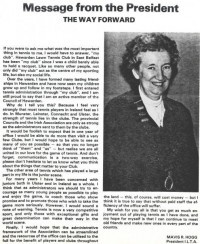