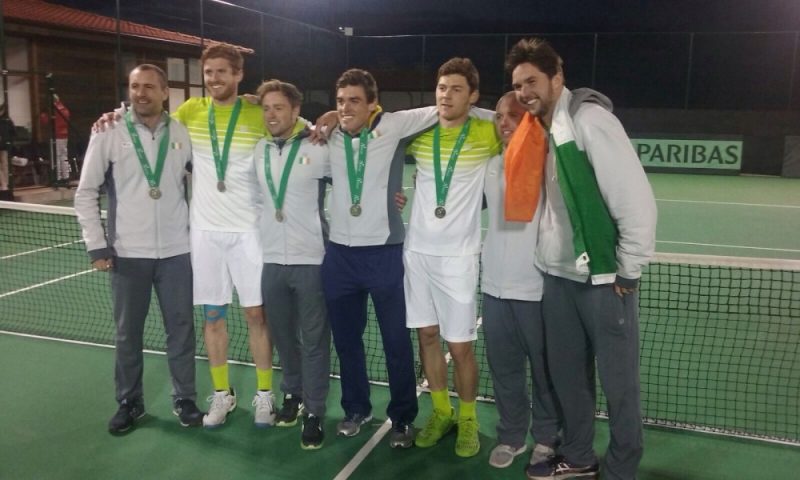 The Irish Davis Cup team have secured promotion to Group II of the Davis Cup by BNP Paribas following a 2-1 win over hosts Bulgaria in the final play-off for promotion.

The day started with the resumption of the final pool match against Montenegro which was held over due to failing light on Friday evening. David O’Hare and Sam Barry won the match to seal the tie for Ireland and ensure the team’s place in the playoff for promotion against Bulgaria.

Sam Barry was first up after seeing out the earlier doubles match. Bulgaria’s Kusmanov took this one in three tight sets 4-6 6-3 7-6(8)

Once more it came down to the deciding doubles, Sam Barry teaming up with David O’Hare and with so much at stake they fought hard to close it out in two sets taking the tie and promotion for Ireland 6-1 7-6(8).