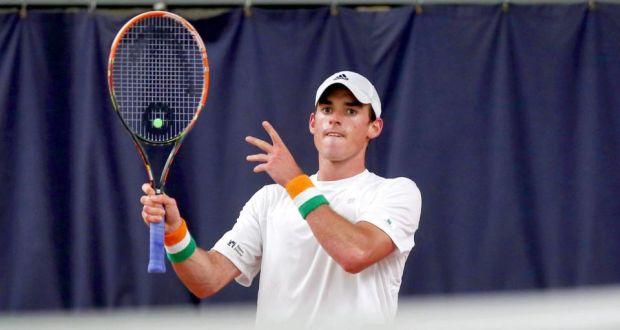 James McGee received a wildcard to play in the ATP Tour qualifying event in Dubai this week. He took on Sergiy Stakhovsky (world ATP#107) in the first round beating him 64 16 61. In the second and final round he met the Russian Donskoy and narrowly missed out on a place in the main draw where Federer, Wawranka and Murray amongst others await.

Sam Barry played the Challenger in Morelos Mexico last week losing to Ecuador’s Ivan Endara 64 63 and this week he’s competing in Gatineau in Canada in the $25k futures where he’s through to the second round after defeating Takanyi Garanganga (ZIM) in the first round 61 36 63.

Peter Bothwell has moved on to the futures circuit in Portugal where he came through 4 rounds of qualifying to reach the maindraw. He will play Jamie Fermossel(FRA) a Lucky Loser in the first round.

David O’Hare can now boast an ATP World doubles ranking of 128 following his doubles win on the Challenger tour with Joe Salisbury. The pair took time out to share their knowledge of the game with local youngsters during the event, check out his ATP profile page http://www.atpworldtour.com/en/players/david-ohare/o370/overview  They went on to draw the No 1 seeds the following week in the Challenger in Tempe where Max Murnyi and Treat Huey emerged eventual winners 76(4) 75. This week David teamed up with James McGee after receiving a doubles wildcard into the Dubai Championships (World ATP tour) and were defeated by the No 3 seeds Nestor(CAN) Roger-Vasselin(FRA) who hold a world doubles ranking of 36.