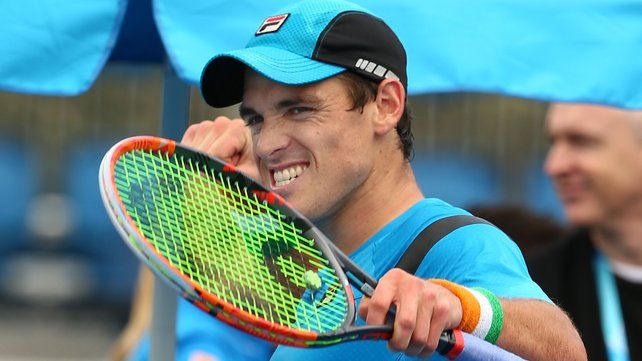 Conor Niland, Captain of the Irish Davis Cup team, has this morning announced his team for the Davis Cup by BNP Paribas Euro/Africa Zone Group III event in Bulgaria.

Irish number 1 James McGee will lead the team with Sam Barry as number two and they will be joined by Peter Bothwell and doubles specialist David O’Hare for the round robin event which takes place at the Holiday Village Santa Marina in Sozopol, Bulgaria from the 5th – 8th April 2017.

The Irish Davis Cup Captain Conor Niland said “’I am very pleased to announce a full-strength team for the Davis Cup week in Bulgaria. We look forward with optimism to the matches and we will do our best to earn promotion to Group II.”

Tennis Ireland Chief Executive Richard Fahey said “Our professional players have had a great start to the year with James reaching the final round of qualifying at the Australian Open and David winning a $125,000 Challenger event in Dallas at the beginning of this month.  Sam and Peter are also playing some great tennis on the circuit. We are delighted that James McGee is playing and as this is our strongest possible team we want everyone in Irish tennis to get behind them whilst we focus on promotion to Group II for 2018.

The format for the event is round robin with four pools of four teams with the winners of each pool playing-off against each other to determine which two nations are promoted to Europe/Africa Zone Group II in 2018. The other teams in the group are Albania, Andorra, Armenia, Azerbaijan, Bulgaria, Greece, Iceland, Kosovo, Liechtenstein, Luxembourg, Macdeonia, Malta, Moldova, Montenegro and San Marino.