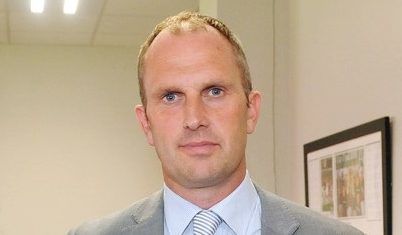 Tennis Ireland is pleased to announce the appointment of Richard Fahey as its new Chief Executive Officer which will take effect on the 9th Jan 2017.

Richard has held a number of senior management posts with the Football Association of Ireland over the past fifteen years, most recently as Director of Club Licensing and Facility Development. During his time with the FAI, football has enjoyed significant growth at grassroots level and major success on the international stage.

“We are delighted Richard has agreed to join us as our new Chief Executive Officer next January. The Board and I very much look forward to working with him to drive the development of tennis in Ireland to new heights of participation and achievement for all players, clubs and for all age groups together with the performance of our elite players both home and abroad”.

Speaking about his appointment, Richard Fahey said: “ I am very much looking forward to taking up my role as Chief Executive Officer of Tennis Ireland and to work closely with the staff and Board of Tennis Ireland and with everyone involved in tennis on the island of Ireland to further develop this wonderful sport”.