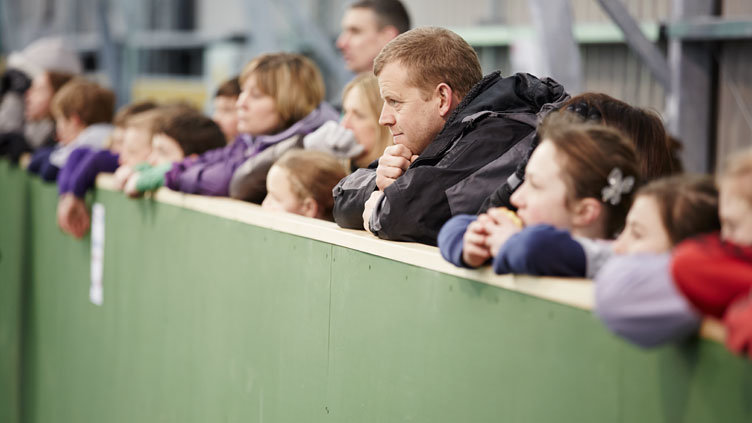 Parents and carers are key to a child’s lifelong involvement in Tennis!

The NSPCC and Tennis Ireland have joined forces with more than 100 sports organisations in the UK and Ireland to promote Parents in Sport Week next month. From 3 to 9 October, we would like clubs to rally behind our efforts to underscore the positive, supporting role that parents play.

The NSPCC and Tennis Ireland  want to raise awareness among coaches and officials of the crucial role parents have in helping children enjoy sport.

Dr Camilla Knight of Swansea University, who studies parental involvement in sport, said: “Without the support of their parents and carers, the opportunities for children to engage in sport and reach their full potential will be limited.”

However many sports know of ‘over-involved’ or ‘pushy’ parents. “Unfortunately, this is leading to some coaches and organisations limiting their involvement with and support of parents,” Dr Knight adds, “which subsequently affects children’s experiences.”

Through Parents in Sport Week, the NSPCC and Tennis Ireland are helping to change the conversation and remind everyone of the important and extremely valuable contribution parents make to youth sport.

The NSPCC has produced resources for clubs to use with parents and their own coaches. These are available at thecpsu.org.uk/parents.

“From Olympic athletes to grassroots players there is consistent agreement that parents are most important in initiating involvement in sport and supporting long-term positive engagement,” said Anne Tiivas, Director of the NSPCC’s Child Protection in Sport Unit (CPSU).

However, certain types of involvement and behaviours from parents and carers can be challenging, and take away from a child’s experience and enjoyment. As they commit a lot of time, money and emotional support to their children’s participation in sport, sometimes in an emotionally charged environment they may get carried away, for example on the court side of a game. Negative parental behaviour such as arguing with officials and referees or putting too much pressure on the child takes away from their experience of sport. This can also stunt a child’s desire to continue in sport and damage their perception of sport as fun.

We at Tennis Ireland are fully behind this initiative to raise awareness of the positive role a parent has in helping a child reach their full potential.

Through Parents in Sport Week, the NSPCC, Tennis Ireland and other sports organisations hope to highlight the essential role parents have in encouraging a child’s enjoyment and success in playing sport.

Parents in Sport Week aims to: