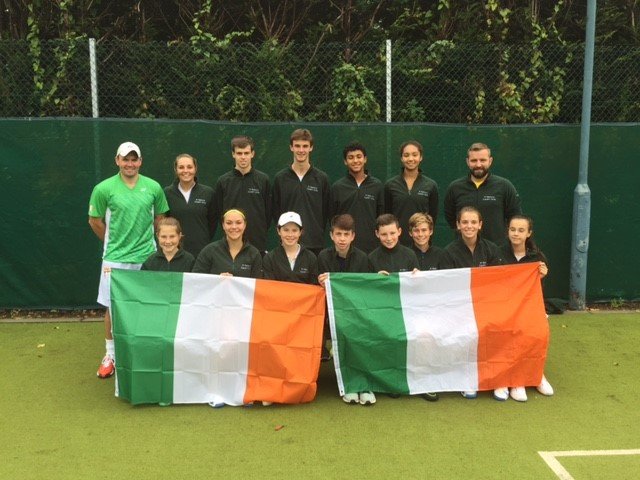 The junior Tri-nations teams travelled to Cardiff this weekend with high hopes of victory after winning the title in 2014 and finishing in 2nd place in 2015.
However it was not to be as Scotland emerged the overall winners winning two of the agegroups at U14 and U18 and coming second to Wales in U12s.
In U18s Ireland drew with Wales with all four team members recording a win in either singles or doubles. Scotland recorded a 5-1 win taking the final Championship tiebreak in three of the matches.
The U14 team of Ammar Elamin, Conor Gannon, Olivia Mariotti and Juliana Carton competed extremely well in their category defeating Wales 4-2 but suffered a tough loss of 5-1 to Scotland losing all of 4 Championship tie-breaks.
Similarly the U12 team gave it their all when they drew 3-3 with Scotland losing all three matches in Championship tie-breaks. Wales were the U12 outright winners.
Overall the Irish players lost 11 of 13 Championship tie-breaks and while margins are very fine in these matches we congratulate Scotland who were the team who took their points on this occasion.
While results may not have gone our way the Irish management team of Lynsey McCullough, John McGahon and Stephen Nugent can take encouragement from the level playing field that was evident across all agegroups 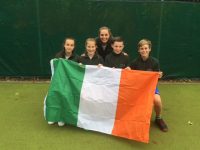 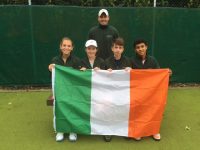 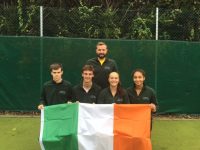 You can view match scores and team listings below