Tennis Ireland today announced the appointment of Jamie Delgado as the Assistant Coach to the Irish Davis Cup team.

Jamie has been brought on board to help specifically with the doubles pairing which is likely to prove crucial in the forthcoming tie against Belarus (6th-8th March at Castleknock LTC).

The Belarus party is likely to include Max Mirnyi who has a number of Grand Slam titles to his credit. 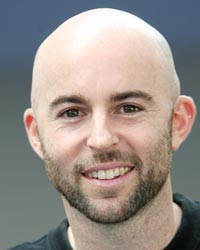 Delgado, who has Irish connections, is these days regarded as a doubles specialist and at this years Australian Open has coached his doubles partner Gilles Muller through to the Quarter finals where he lost to Djokovic in straight sets.