BNP Paribas Academy members have had recent success at the Tennis Europe U14 events which took place at the National Tennis Centre in Dublin City University during July and early August.

No. 2 seed Simon Carr took the Boys Singles title in the all-Irish final  in the first week of the event when he defeated No 7 seed and fellow Academy member Sean Collins 6-4 6-0. Simon teamed up with Ewen Lumsden (GBR) in the doubles event and went on to take the title by defeating Carlos Pinedo Tejada of Spain and Lithuanians Simonas Zukauskas  6-3 3-6 10-5.

In week 2, Simon had another great week when he reached  the semi finals and was defeated by the No. 3 seed and eventual winner Alvaro Regalado Pedrol from Spain 5-7 6-0 6-3

In the Girls event, BNP Paribas Academy member Georgia Drummy  defeated the No. 3 seed Helena Jansen Figureas of Spain on a scoreline of 3-6 6-3 6-1 in week 1. Georgia with her partner Alexandra Hunter of Great Britain took the doubles title when they overcame Spains Figureas and Georgia Walker of Great Britain 7-5 6-4

In week 2 of the event, Drummy made her second final in a row but was  eventually defeated by fellow Academy member Jenny Timotin 6-1 6-2.

The two girls combined in the doubles to take the title when they defeated the no. 2 seeds Joanne Zugger of Switzerland and  Helena Jansen Figureas of Spain 6-3 6-2.

As a result Simon Carrs Tennis Europe ranking is now at a career high of 101 and Sean Collins moves inside the top 250 to 238.

In the girls rankings, Georgia Drummy has achieved a career high ranking of 65 whilst Jenny Timotin has moved  to 180.

Congratulations to all Irish players involved in these events. 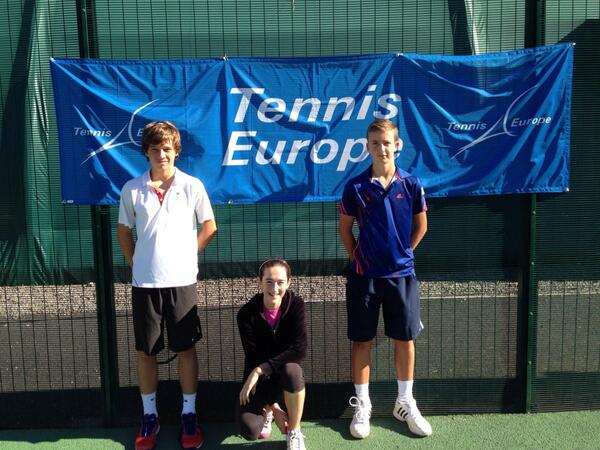