Ireland at the Australian Open 2009 – Latest 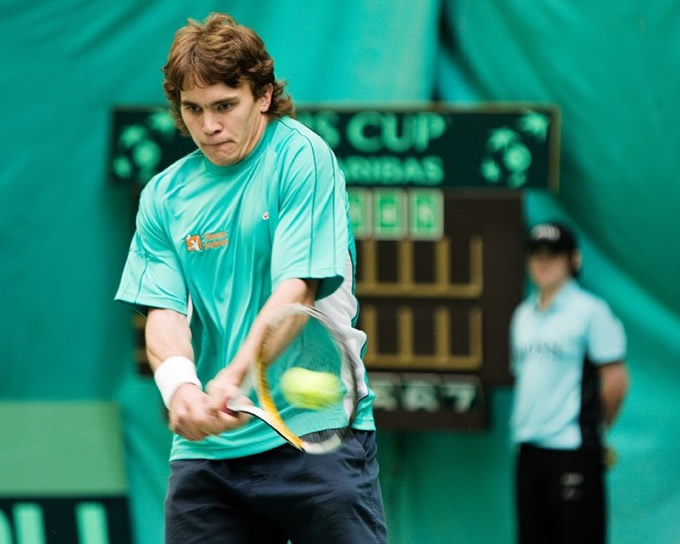 Louk Sorensen began his challenge to qualify for the Main Draw of the Australian Open in spectacular fashion earlier this morning. Sorensen advanced to the second round of the Men’s Qualifying draw after coming out on top against world number 128 Victor Crivoi of Romania 4-6, 7-6, 6-3. Crivoi had been steadily climbing the ATP rankings over the past year and the No.13 seed was the favourite against the 24 year old Irishman. Although dropping the first set, Sorensen showed great heart to win through a tough second set tie-break before closing out the match comfortably in the third set.

Sorensen will meet young Canadian Peter Polansky in the next round in Melbourne. This will be the first clash between the two players and although the Canadian right-hander is ranked almost 90 places higher than Sorensen by the ATP his win over Crivoli is sure to give him a great boost in round two.

The other Irish hope in Melbourne was not to prove as successful on the first day of action. Limerickman Conor Niland faces experienced French star Eric Prodon in round one but was beaten in two sets by the current world number 166. Prodon advanced to the second qualiying round in under an hour beating Niland 6-1, 6-3.