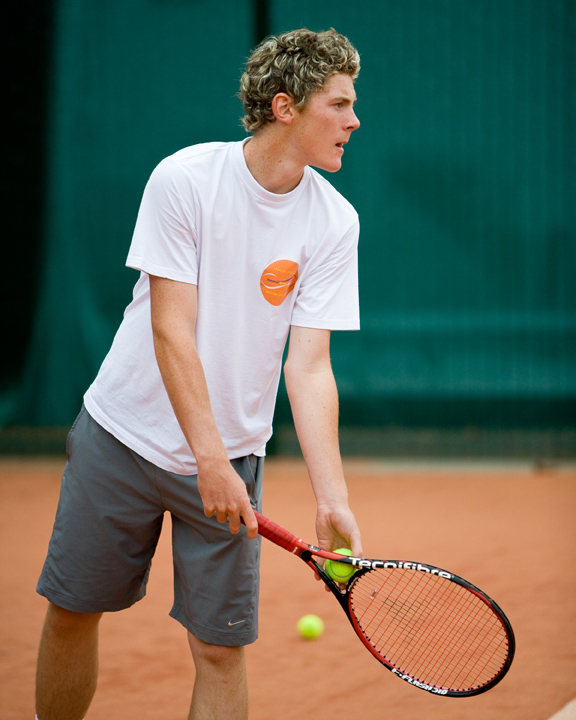 Irish Junior Tennis has recorded some major results over the past fortnight with two Irish players recently winning an incredible total of three international junior titles between them. Limerick’s Sam Barry was the first of the pair to take home a title, winning the Semen Gresik International Junior Championships in Surabaya, Indonesia. In this final Sam lost the first set 1-6, and it looked unlikely that Sam would be capable of matching Hutauruk on his home patch, but found great resolve in the second set, grinding the Indonesian down before eventually breaking serve to win the second set 7-5. The Irish 15-year old also held firm in the third set in an equally tight set before coming out on top 7-5 to win this Junior ITF title.

Sam stayed in Indonesia in the second week, relocating to the capital Jakarta for the Solo Open International Championships and, buoyed by his title win the previous week, his form improved even further. On his way to the final Sam overcame the tournaments top seed and highly fancied Vederan Ljubicic of Croatia 3-6, 7-6(1), 6-2. In the Solo Open final he overcame his Chinese competitor Bai Dong Du in two sets 6-1, 7-5 to record back-to-back titles, a rarity in the Junior ITF circuit.

As well as the back-to-back wins giving him a huge boost of confidence for National Academy player it also boosts Sam to his highest ever ITF ranking of 192 (24 Nov 2008), moving up the world rankings by 40 places.

Another National Academy player, Sinead Lohan,  also enjoyed a good week of tennis last week winning the U14 Tennis Europe event in Stavanger, Norway. Seeded No.1 for the tournament Sinead was in suberb form throughout the week, winning this U14 championship without dropping a set. The Waterford native cruised to the final conceding only 10 games on her way there. In the final Sinead came up against Grace Dixon of Great Britain, who also enjoyed a good run to the final, having to qualify for the main draw. However the Irish girls class shone through and comfortably came through the final winning in straight sets 6-2,6-3. Sineads coach Willie Reynolds commented after the win stating "The win has to be the greatest achievement to date for me as a coach. To have so many coaches from other countries approach Sinead to say what a fine player she is and that they were confident she had a serious future in Tennis made me feel in someway like a proud father rather than a coach.  To see her mature over the last few years into this confident, young girl with great attitude towards the game is a great feeling for any coach.  The organisers of the Norwegian Tournament who hailed from Norway, Switzerland and Germany spoke to me after the final saying that Tennis Ireland must be extremely proud to have such a great player under their wing.  They spoke about the future of Irish Tennis looking very bright going forward."

Like Sam Barry this win is certain to boost Sinead Lohan’s European ranking even further when these are released next week. Sinead is currently placed 92 at U14 in Europe.